This low-voltage, high powered 4-channel wireless dimmer is ideal for LEDs, lamps, props, costumes, motors and more. It also includes the RC4 Wireless Two-Year Warranty, which is the best in the industry.

Wireless users in the USA, Canada, Australia, New Zealand and Brazil who operate in a congested wireless environment should consider the RC4Magic-900 DMX4dim-500. 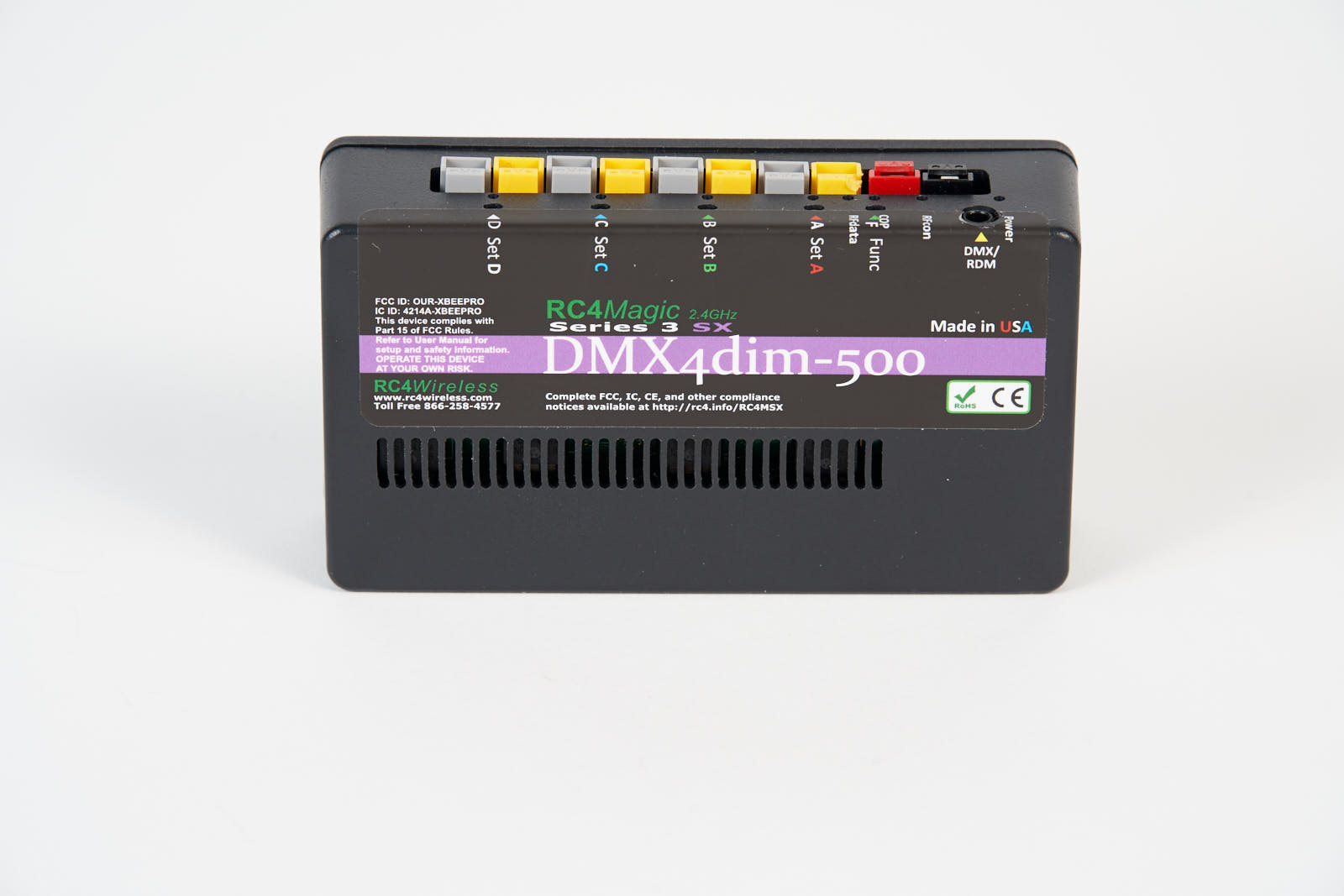 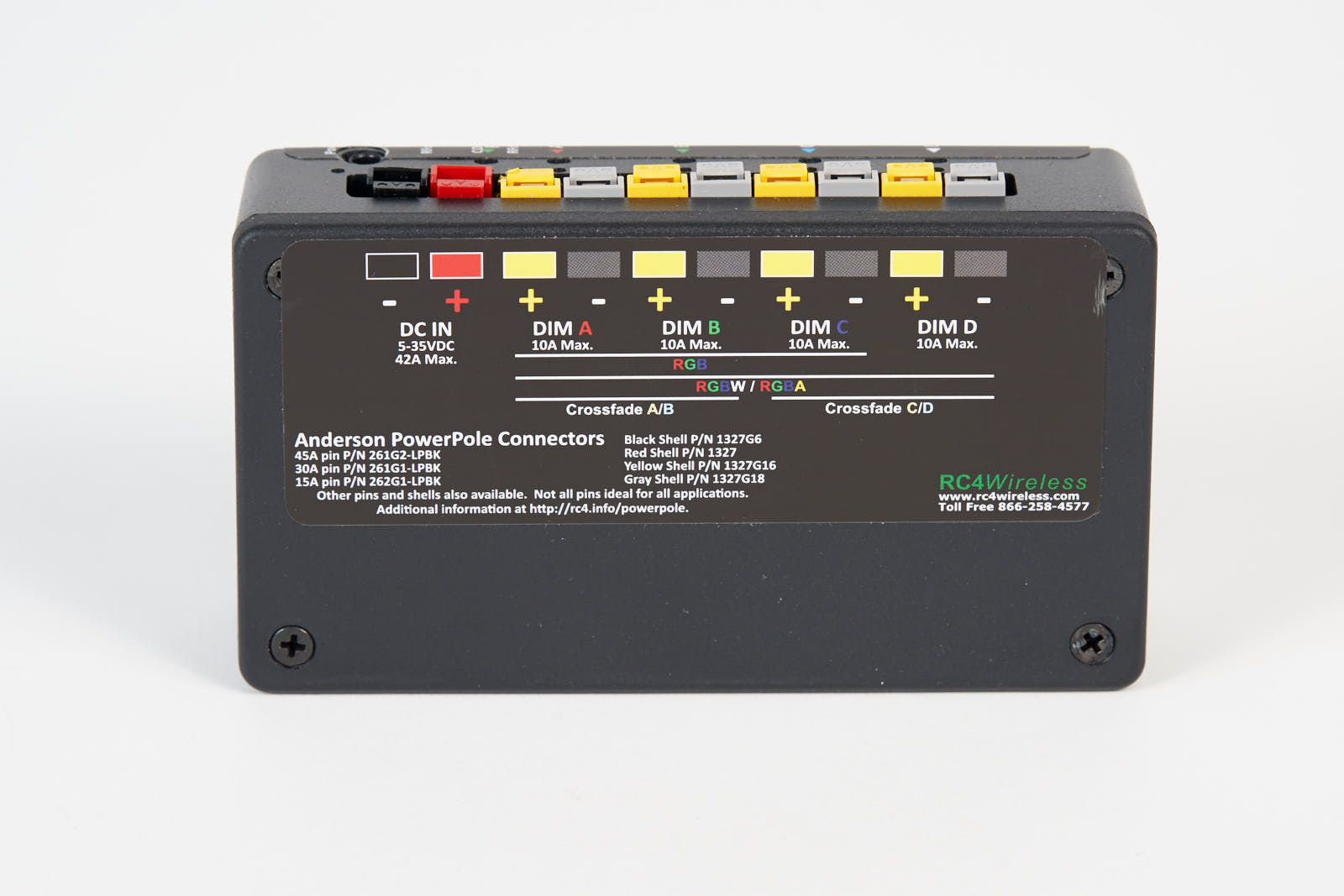 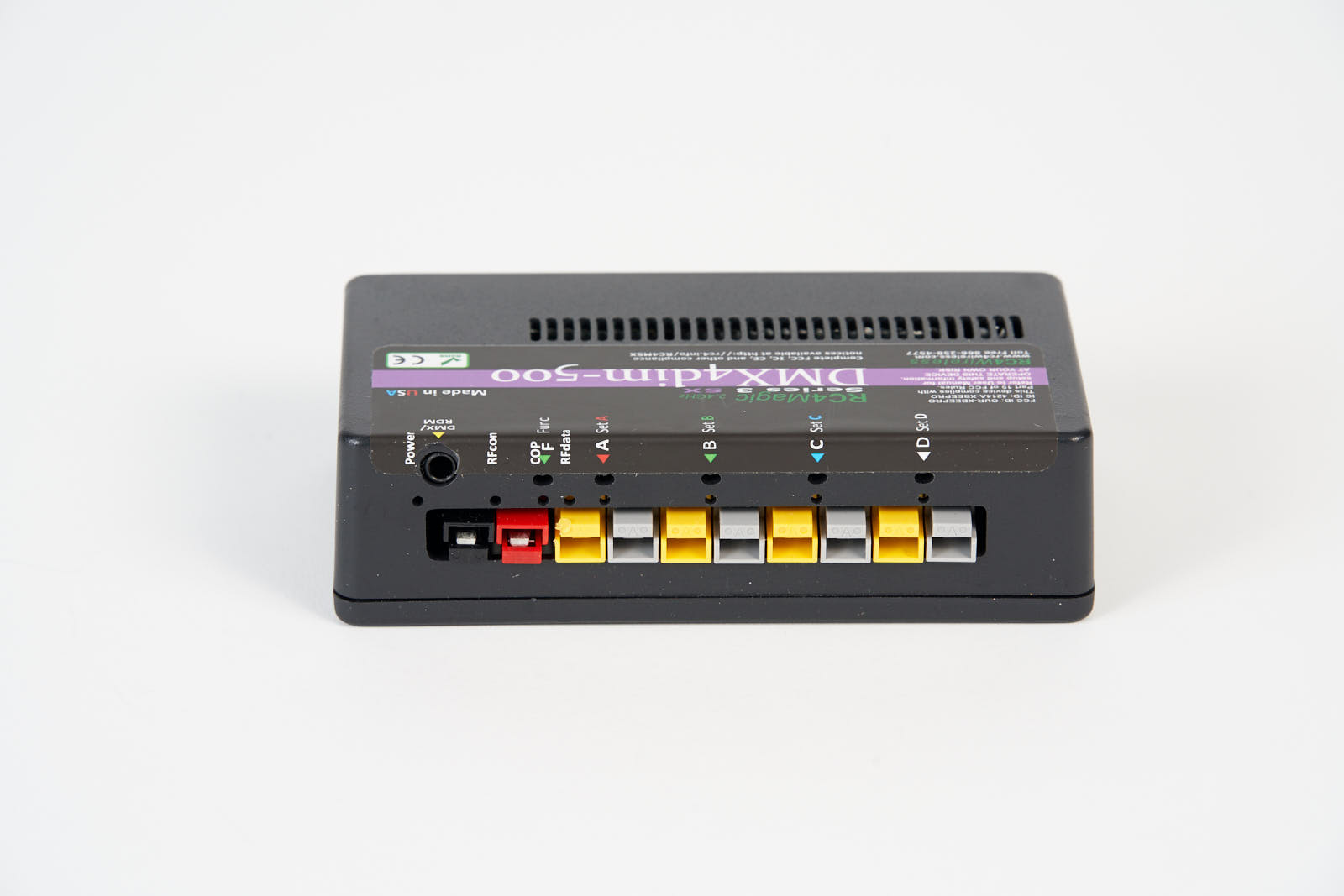 The DMX4dim-500 features high resolution, 19-bit dimming. This is eight times finer than 16-bit and has a whopping 524,000 steps of resolution. For users, this means exceptionally smooth LED dimming, especially at the bottom end of the curve, which can be problematic. The DMX4dim-500 also features dimmer curve cross-fading to each individual dimmer; this enables users to tweak the dimming curve 256 steps for each separate dimmer output.

The DMX4dim-500 includes a built-in radio receiver and uses RC4 OneTouch™ for easy assignment of any DMX channel and dimmer curve to any dimmer with a single press of a single button. Device configuration can also be done with Remote Device Management (RDM) and RC4 Commander Configuration Software. Any number of receiver-dimmers can be used together in a RC4Magic Series 2 or Series 3 system.

With four dimmer outputs, DMX4dim-500 users can take full advantage of the RC4 Flkr Effects Engine™. Say goodbye to canned effects; the RC4 Flkr Effects Engine™ allows users to effortlessly create memorable effects that can be stored and recalled. All this is accomplished without an external DMX controller and is perfect for standalone displays in retail, trade shows, and more.

Need to work with a battery pack? The DMX4dim-500 is perfectly paired with the 30-volt battery belts that are used extensively in film.

Projects and productions in the USA, Canada, Brazil, Australia, and New Zealand should consider our RC4Magic-900 system. The 900MHz band is far away from WiFi, Bluetooth and other 2.4GHz wireless technology.  For worldwide use in all markets, the 2.4GHz RC4Magic system is recommended.