Each pixel driver purchase includes one 1dBi antenna and a set of Phoenix Connectors. 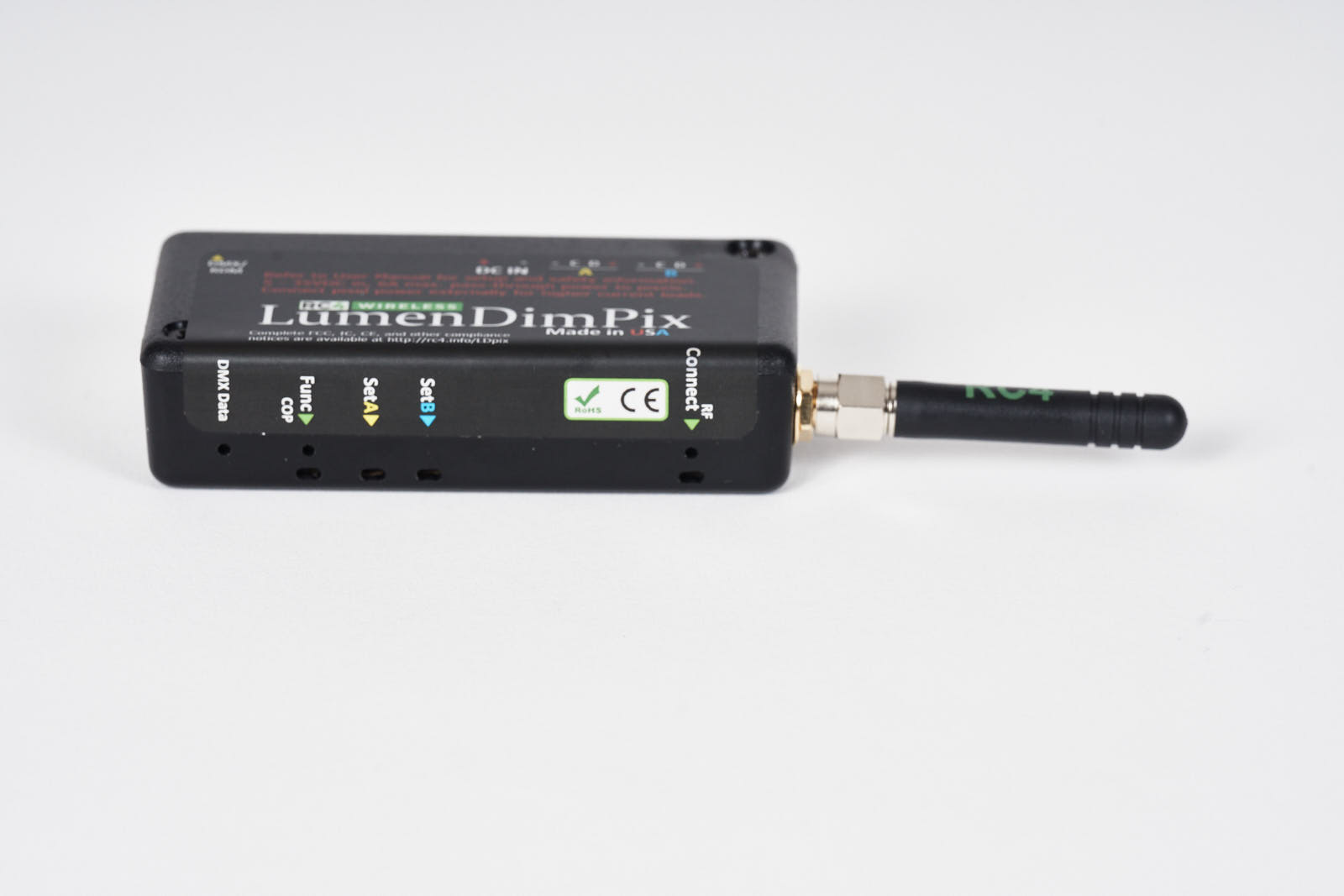 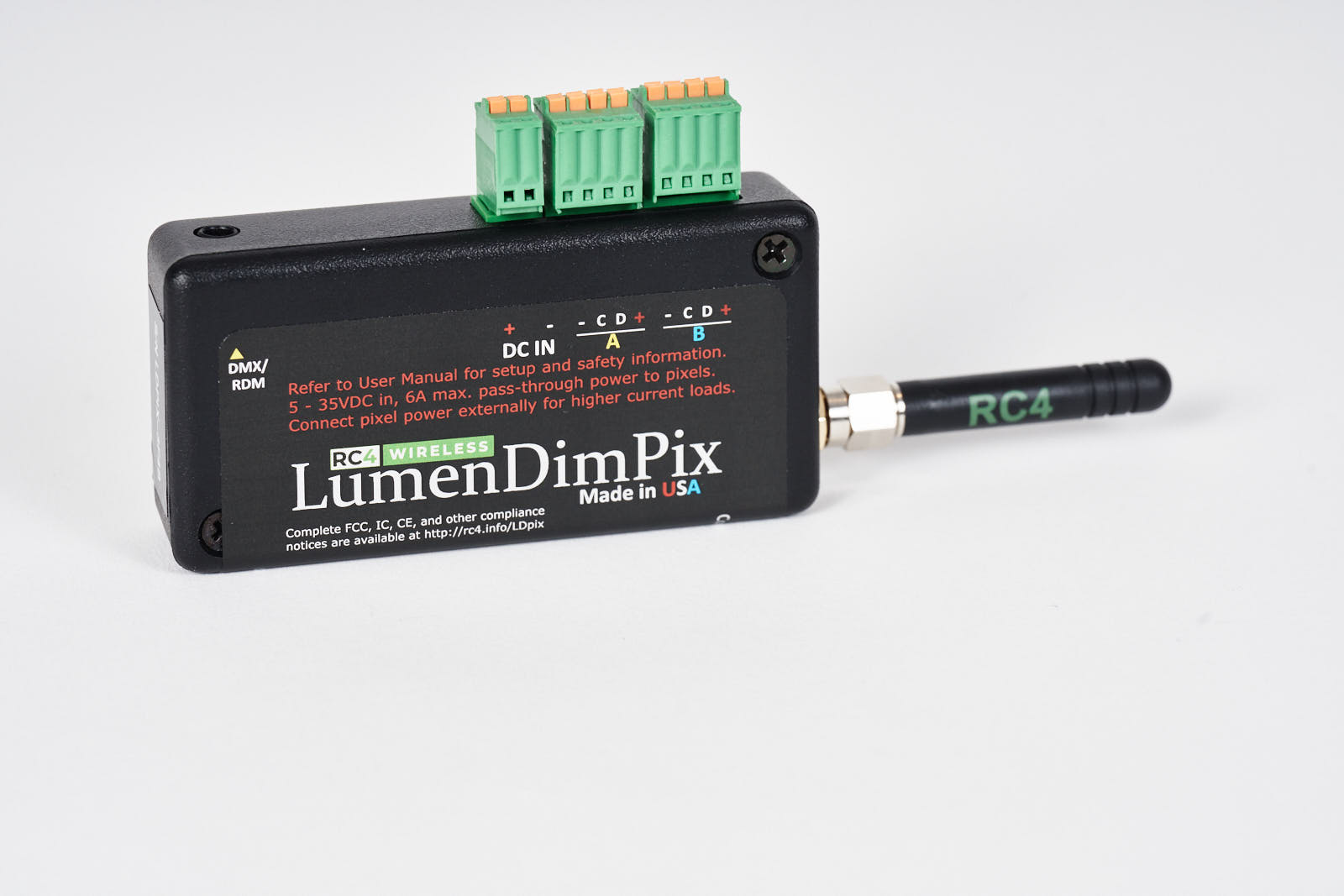 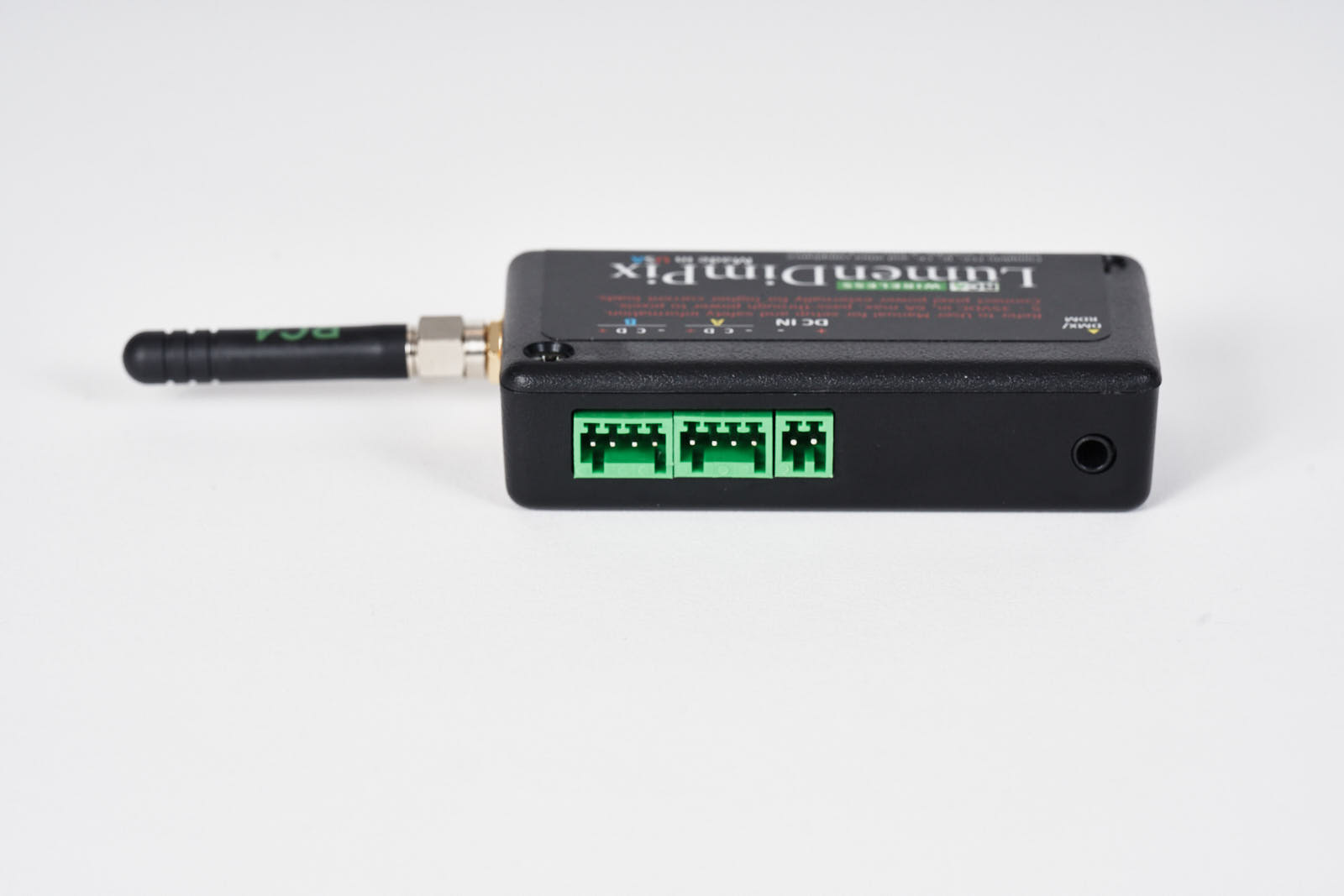 The RC4 LumenDimPix is a tiny wireless DMX driver for pixel LEDs on the CRMX platform that enables designers to create beautiful effects quickly and easily while using fewer DMX channels. The LumenDimPix can control two separate strings up to 500 pixels long — the equivalent of 3000 DMX channels — using 3 to 510 channels within a single DMX universe. This is done using RC4’s patented RC4 Custom Pixel Profiles™. Designers can create unique and entirely original eye-catching effects and visuals without the use of complex multi-universe consoles, media servers, and all the wiring that goes with them. Using RC4 OneTouch™ or wired RDM, users specify the string type, the DMX start channel, and various configuration parameters for each driver. 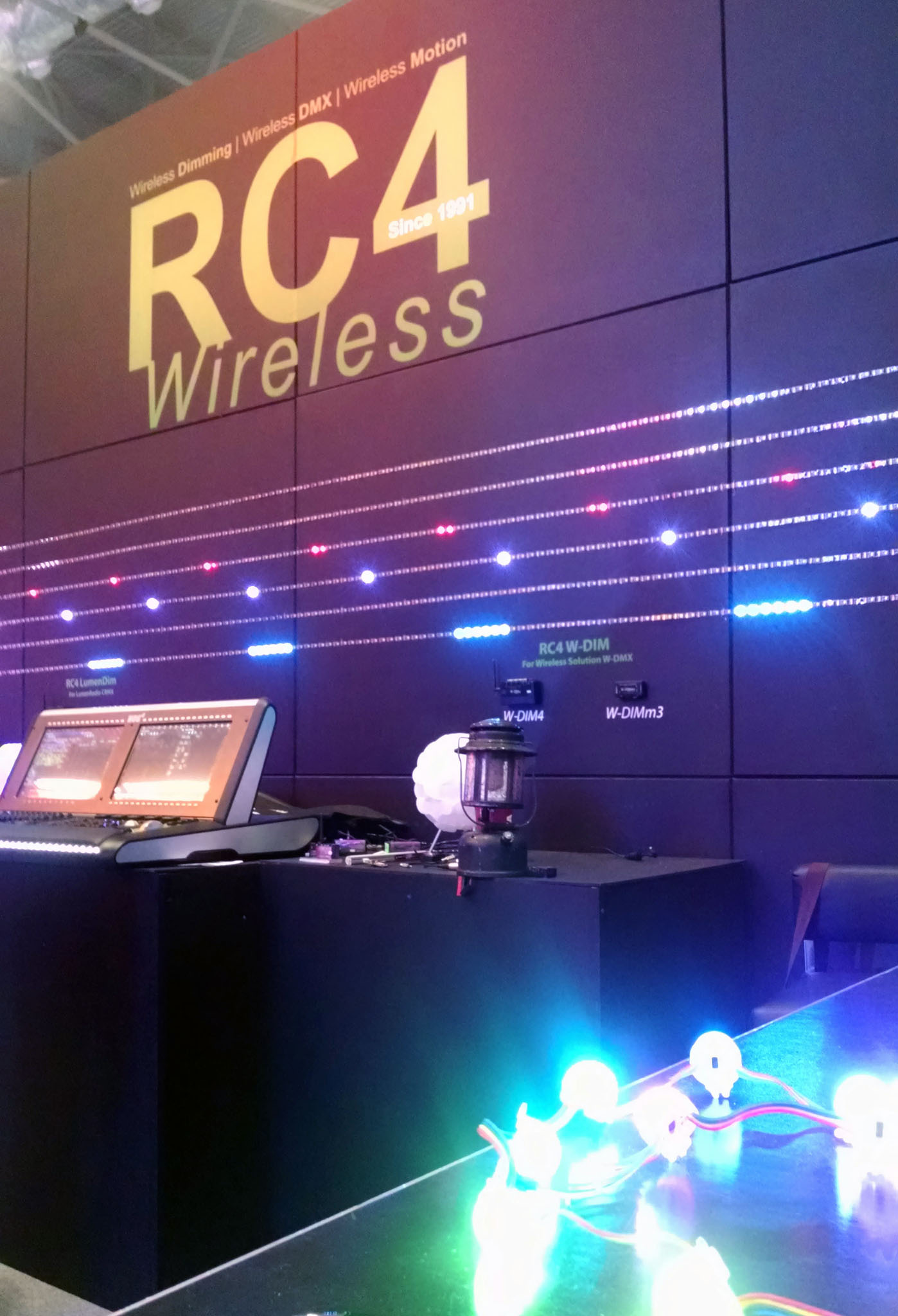 Each designer has their favorite pixel string, and new products appear every day. However, few professional-grade drivers are built to control multiple string types, aka chip protocols.  The LumenDimPix is the most versatile product possible, supporting all popular protocols, including WS2801, WS2812, APA102, LPD8806, HD108, MY9231 and others.

As chip technology changes and advances, so does the LumenDimPix. The RC4 CodeLoader™ allows drivers for new pixel products to be added by simply downloading and installing them.

Any number of receiver-dimmers can be used in a LumenDim system, including multiple LumenDimPix devices.

Learn more about working with the LumenDimPix at the RC4 Knowledge Base.

Color matching can be challenging, most especially when dealing with pixel strings from different manufacturers. RC4 ColorMatch™ enables designers to adjust the color balance of each string to ensure a consistent palette, even when combining products from different manufacturers, different control protocols, and differences due to variations in LED binning. Pixel Color Order ensures all pixels in a large system will address colors with the same sequence, usually red, green, blue. By off-loading color correction and pixel color order to the pixel driver, rather than managing this in a console or media server, multiple different pixel strings can be controlled from the same DMX channels without unsightly color variation.

Using the DMX port as an input, the LumenDimPix can be controlled by wired DMX with extensive RDM (remote device management) support.

The internal wireless DMX receiver operates identically to the LumenDimIO in receiver mode. The RC4 DMX mini-plug port can used with a range of DMX adapters, including 3-pin and 5-pin male and female XLR connectors. The most common adapter is the RC4DMX5FA with 5-pin female XLR connector.