Almost all commercial Wireless DMX systems operate in the 2.4GHz band, which is harmonized worldwide.  Although the generic range of this band is from 2.400GHz to 2.5GHz, the more constrained truly international range is 2.412 t0 2.472GHz. At least one commercial wireless DMX system will operate in the 5.8Ghz band, from 5.725GHz to 5.875GHz, and we expect to soon see systems in the 5.2GHz band, from 5.18GHz to 5.24GHz. One Wireless DMX system — RC4Magic-900 from RC4 Wireless — operates in the 900MHz band, from 902MHz to 928MHz.  It made its flawless debut controlling exterior lighting for Super Bowl XLIX, possibly the most mission-critical application of Wireless DMX on earth. All of these frequency ranges are referred to as ISM (Industrial/Scientific/Medical) bands. This may sound specific and specialized, but “Industrial” includes a huge and ever growing range of consumer products from myriad manufacturers used all over the world. Deciding which RF band is right for any given project is relatively easy when a handful of simple technical facts are considered:

Taking all of this into account, if you are working in the USA, Canada, Australia and New Zealand, and do not expect to take your Wireless DMX equipment outside of these areas, then RC4Magic-900 in the 900MHz band is a great choice. Otherwise, RC4Magic Series 3 in the 2.4GHz band is preferred. 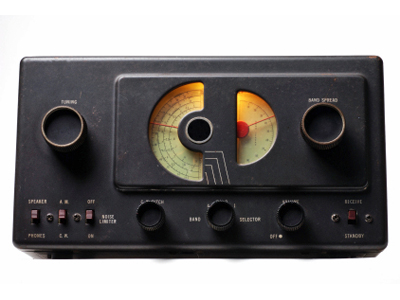 Not All 2.4GHz Systems are Equal

If you are operating in an area where 900MHz is not available, or you might sometimes need to travel into those areas, the next best choice is the 2.4GHz band.  Since this band is heavily congested worldwide and becomes more so every day, it is important to choose an RF technology that is least susceptible to interference and least likely to cause interference for others.   Keep in mind that “others” includes any and all wireless technology in your production, not just strangers outside. RC4Magic at 2.4GHz uses Direct Sequence Spread Spectrum (DSSS), rather than more common Frequency Hopping Spread Spectrum (FHSS).  This is because DSSS delivers the best possible performance in a crowded RF space. The key to better performance using DSSS is a mathematical principle called process gain.  The nature of FHSS does not provide significant process gain.  Only RC4Magic systems deliver wireless DMX with this important performance advantage.  Once again, don’t take our word for it — read this third-party paper, noting Figure 2.

Higher Does Not Mean Better

The 5.2GHz and 5.8GHz bands are not ideal for wireless DMX applications for various reasons, but is sometimes deployed as a back-up band for systems primarily operating at 2.4GHz.  The main disadvantage is limited range.  These high frequency signals are unable to pass through common obstructions, like walls and floors.  That means they also don’t push through set and scenery pieces, which is a real problem in most theatrical applications.

RC4 Wireless is happy to help you find the best wireless DMX technology for you. Do not hesitate to contact us. By the way, the RF bands discussed here are a tiny part of the overall spectrum. Here is the complete United States spectrum allocation map. Most other countries have a similar map, with many differences between them. What works well in one place can be illegal to operate somewhere else!