A battery-powered 2-channel wireless DMX dimmer for LEDs, lamps, and motors in small props, costumes, and more.  RC4Magic-900 operates in the 902-928 MHz RF band, licensed ONLY for use in USA, Canada, Australia, New Zealand and Brazil.  In other jurisdictions, including Europe, Asia, and Africa, our 2.4GHz RC4Magic Series 3 systems is ideal. 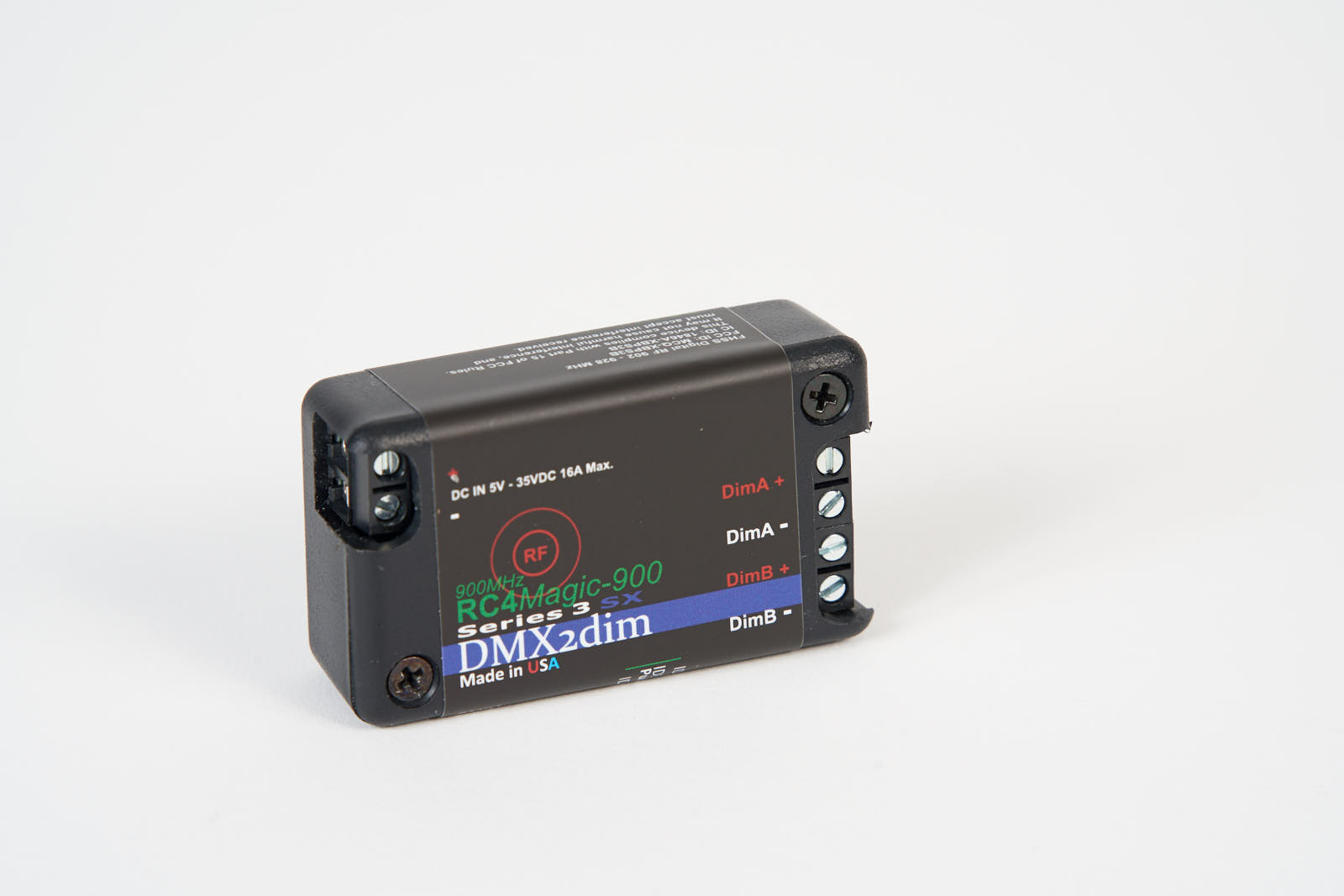 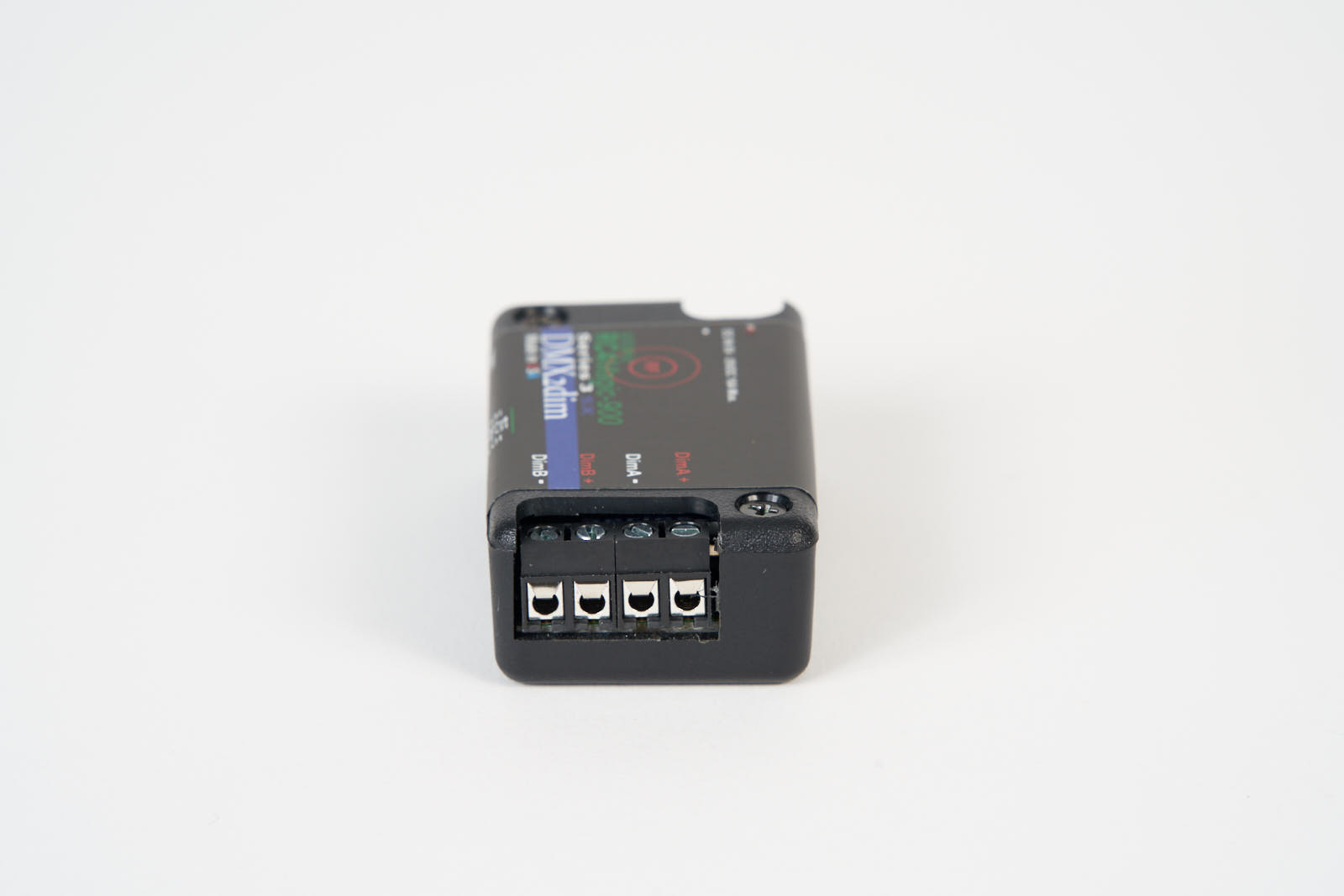 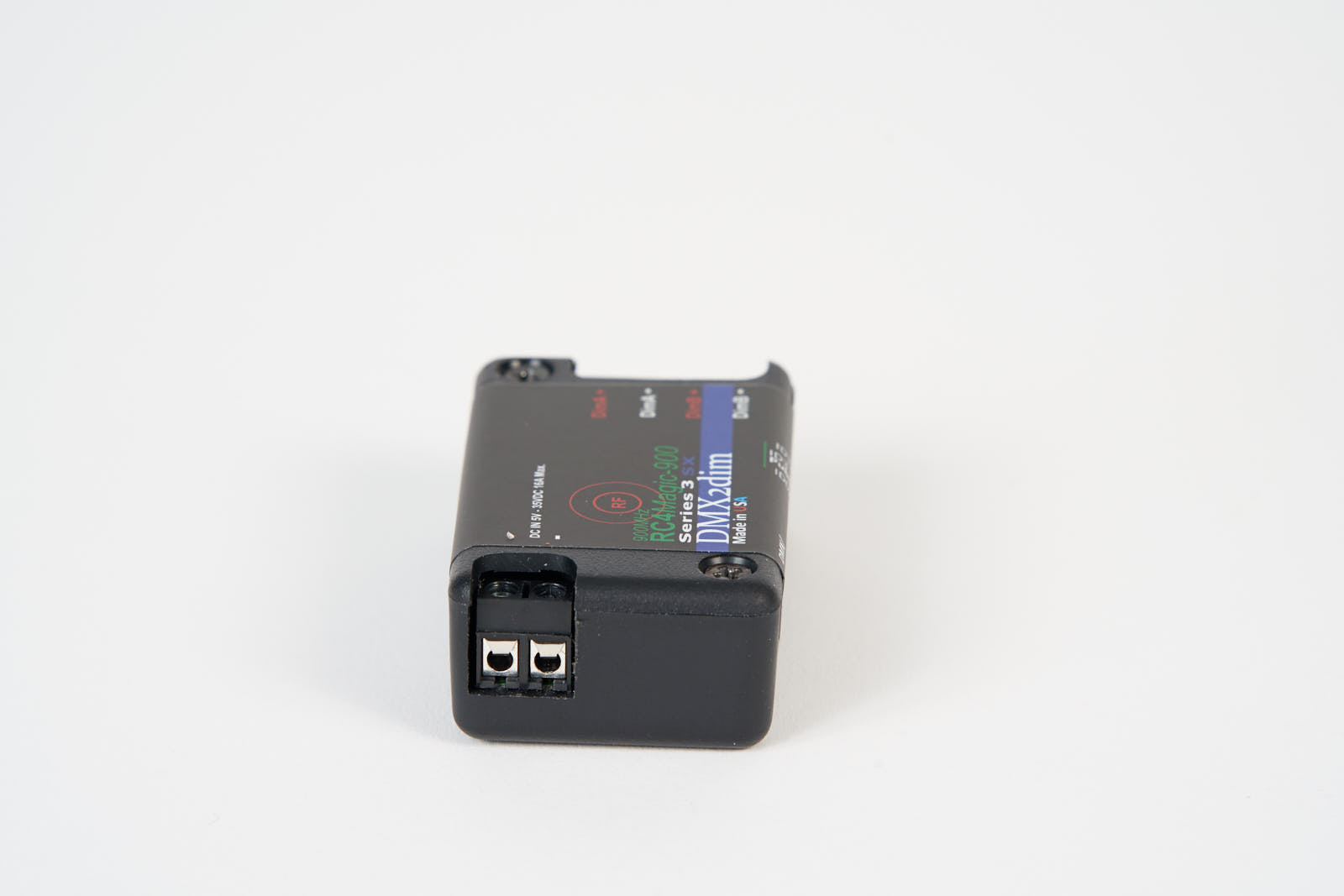 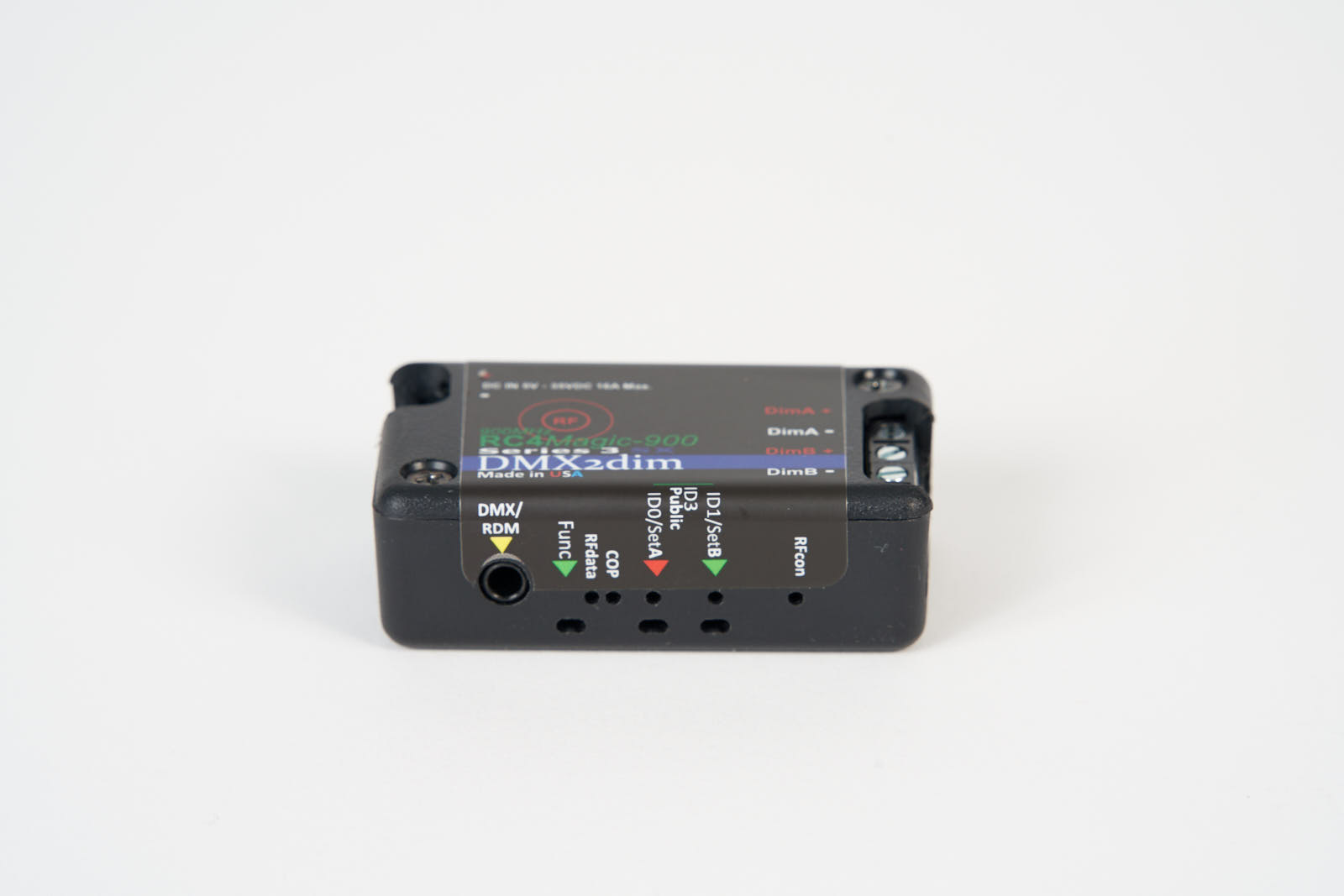 The RC4Magic-900SX DMX2dim is a reliable and secure battery-powered 2-channel wireless DMX dimmer for LEDs, lamps, and motors in small props, costumes, and more. Operating in the 900MHz range, which is free of wireless congestion, the 900SX is the fastest and most secure 2 channel dimmer exclusively available for customers only in the USA, Canada, Brazil, Australia and New Zealand. The 900SX DMX2dim also has RC4’s Two-Year Warranty, which is the only one of its kind offered in the wireless DMX marketplace.

The 900SX DMX2dim combines that classic features of the ever popular DMX2dim and takes in into 900MHz. RC4 is the only firm licensed in the world to operate on the 900MHz frequency band, and the result is a signal that’s faster, more secure, and more reliable. Interference from other wireless devices is literally a thing of the past when using the 900SX Series of products.

The 900SX Series of products now includes 19-bit dimming, which is eight times finer than 16-bit with a whopping 524,000 steps of resolution.  For users, this means exceptionally smooth LED dimming, especially at the bottom end of the curve, which can be problematic. The entire 900SX  Series also features dimmer curve crossfading to each individual dimmer; this enables users to tweak the dimming curve  256 steps for each separate dimmer output.

Like all RC4Magic-900 devices, the 900SX DMX2dim includes a built-in radio receiver and uses RC4 OneTouch™ for easy assignment of any DMX channel and dimmer curve to any dimmer with the single press of a button.  Device configuration can also be done with Remote Device Management (RDM) and RC4MagicPC configuration software. The 900SX DMX2dim also has the same features as the RC4Magic S3 2.4SX DMX2dim:

The 900SX DMX2dim is manufactured in the USA for use in the US, Canada, New Zealand and Brazil. The 2.4GHz RC4Magic Series of products are ideal for  consumers in all other areas, including Europe, Asia,  Africa and all international tours