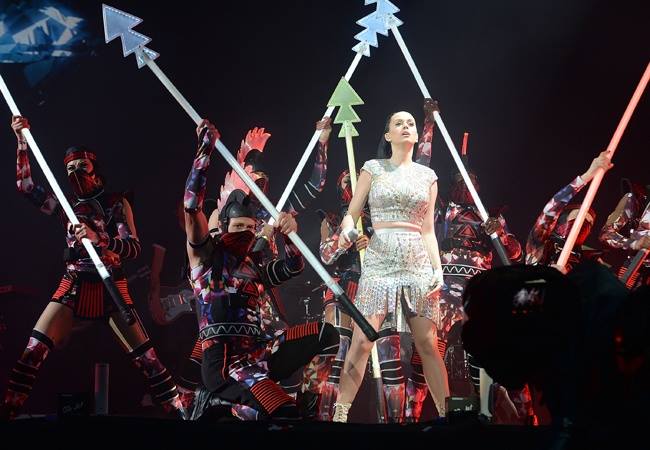 When a call starts with “We have a dozen color-changing spears that need to be wirelessly controlled”; you know you are having fun.  This is exactly the conversation that we had with ShowFX as they prepared for the new Katy Perry tour that launched in Belfast earlier this month.  What started with LED spears went on to become mic stands from DAS Design Works, a flying “Prism” and electric guitars from Electrical Guitar Company among other wireless effects.

The electric guitars presented a challenge that required creating new technology on the fly.  The pickups on the guitars were getting noise from the LEDs.  To overcome this our Chief Product Designer and all around dimming genius, James David Smith, created a supersonic dimming curve that is now available in all of our devices.

In all around 40 RC4Magic DMX4dim wireless dimmers provide real-time control to a number of great effects for this tour. We are proud to have helped Katy Perry #LiveLifeUntethered 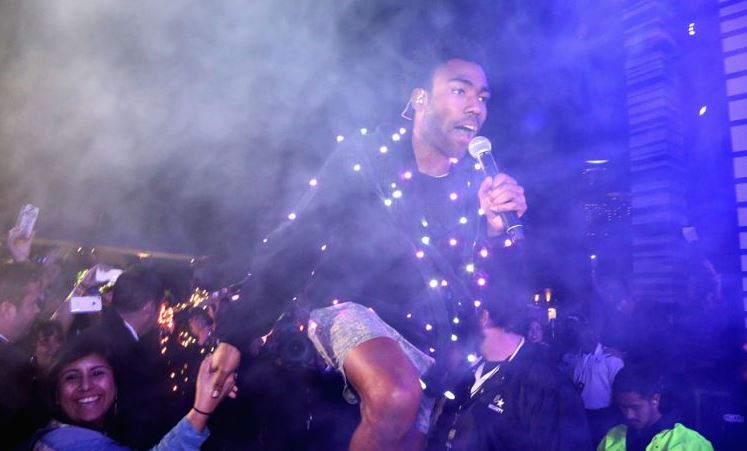 Designed by Matt Ardine, who’s portfolio includes lighting designs and programming for a wide range of commercials and music videos, this complex wireless DMX system uses 6 full universes of DMX — for a total of 3072 channels — live in real-time.  To distribute all those channels where they were needed, each wireless universe used 4 RC4Magic DMXio data transceivers — 1 to transmit, and 3 to receive in 3 different locations.

Unlike other wireless DMX systems, every RC4Magic application is assigned unique digital system IDs that act as both identifiers and encryption keys.  There is virtually no limit to the number of different IDs that may be used in a single production.  For Childish Gambino and their Christmas Lights, RC4Magic easily delivered 6 universes, and just as easily could have handled 15 universes. (Compare this to other systems offering just 5 universes with no data privacy at all!)

Scalability, along with the best data security in the business, is a hallmark of RC4Magic.  And best of all, it’s still Real Easy to use! 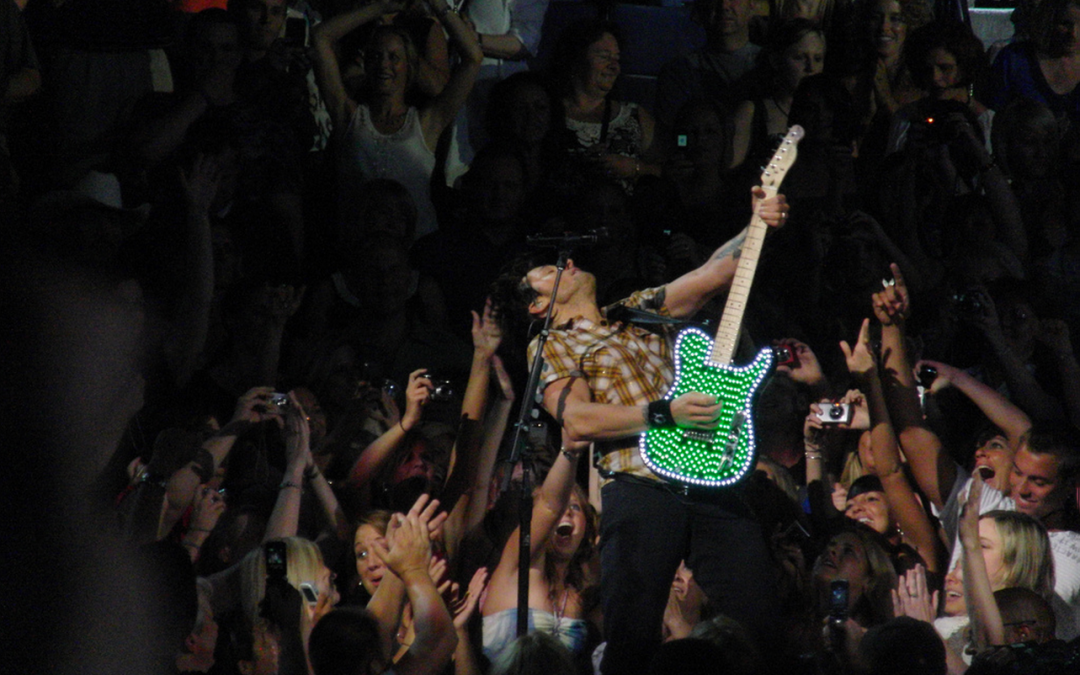 When Keith Urban wanted his guitar to light up, he called the creative team at Strictly FX.

Making an illuminated guitar with LEDs might seem easy.  Get some LED ribbon, batteries and a switch, right? But what if you want to control it in real time, seamlessly integrated with the rest of your show control? This is where the RC4Magic system comes in.  By adding an RC4Magic DMXio transmitter and an RC4Magic DMX4dim wireless dimmer, Strictly FX immediately had multiple LED dimmers on DMX channels, just like all the other lights and effects in the show.

That was back in 2010.  Today, the RC4Magic DMX2micro is even smaller, and fits in the electronics cavity of many guitars without modification (and is easily accommodated even when it doesn’t drop right in).  Ask about custom RC4 firmware and supersonic pwm frequencies for smooth dimming with no audio interference.  Also perfect for microphone stands, other instruments, and mobile props.