A battery-powered 4-channel wireless DMX dimmer for LEDs, lamps, and motors in small props, costumes, and more.  RC4Magic-900 operates in the 902-928 MHz RF band, licensed ONLY for use in USA, Canada, Australia and New Zealand.  In other jurisdictions, including Europe, Asia, and Africa, our 2.4GHz RC4Magic Series 3 systems are the perfect choice. 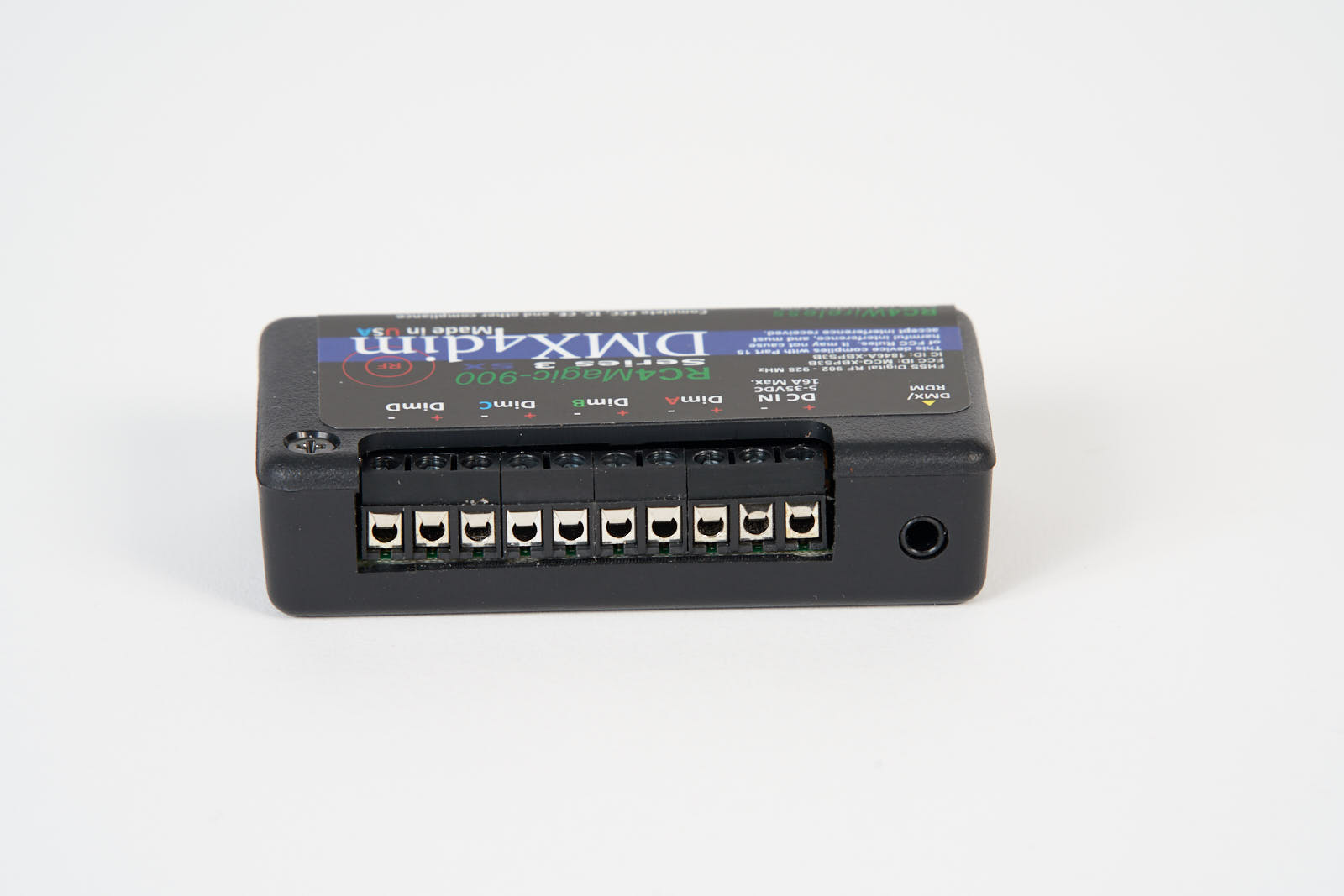 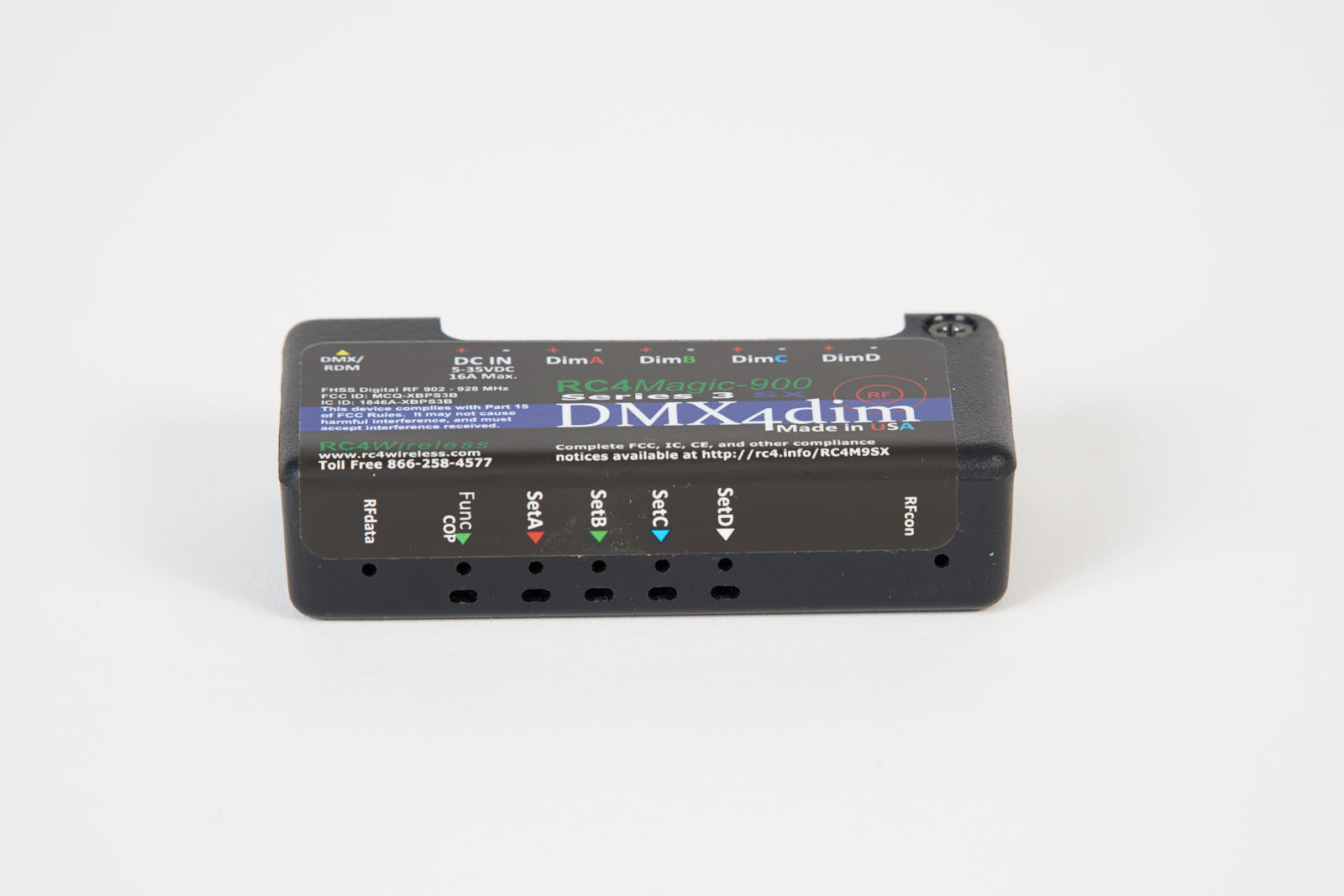 The RC4Magic-900SX DMX4dim is a reliable and secure battery-powered 4-channel wireless DMX dimmer for LEDs, lamps, and motors in small props, costumes, and more. Operating in the 900MHz range, which is free of wireless congestion, the 900SX is the fastest and most secure 4 channel dimmer exclusively available for customers only in the USA, Canada, Australia and New Zealand.

The RC4Magic-900SX DMX4dim combines that classic features of the ever popular DMX4dim and takes in into 900MHz. Interference from other wireless devices is literally a thing of the past when using the 900SX series of products, and the result is a signal that’s faster, more secure, and more reliable.

The 900SX DMX4dim provides a total of four dimmers. Like all RC4Magic-900SX devices, it includes a built-in radio receiver and uses RC4 OneTouch™ for easy assignment of any DMX channel and dimmer curve to any dimmer with a single press of a single button. Device configuration can also be done with Remote Device Management (RDM) and RC4MagicPC configuration software.

the DMX4dim is ideal for use with the dimmers built-in RC4 Flkr Effects Engine™. Using DMX channels for control, dynamic animated effects are easily and quickly created — this is not a canned effect generator, it is a tool for creating unique looks to suit any need.

Screw terminals are provided for connection of the power supply (+/-DC IN) and load devices (+/-DimA, +/-DimB). The supply powers both the internal electronics and the connected loads. Dimmers switch on the negative side of the circuit, ideal for common-anode (common positive) LED tape. Dimmer output voltage is precisely the DC power input voltage with no appreciable losses within the 16A total power handling limit of the device.

The mini-plug wired DMX data port can be used with a range of RC4 DMX cables, including 3-pin and 5-pin male and female XLR adapters. The most common adapter is the RC4DMX5FA with 5-pin female XLR connector.  This port can output DMX data to nearby fixtures including fog machines, moving lights, and projector dousers. The DMX port can also be configured as a DMX input, allowing the DMX6dim to be used as a wired dimmer.