Wireless low-voltage DMX-controlled 6-channel dimmer for theatre and motion picture. Control LEDs & lamps in small props, costumes, and more. Part of the RC4Magic-900 platform with the RC4Magic Two-Year Warranty. RC4Magic-900 operates in the 902-928 MHz RF band, licensed ONLY for USA, Canada, Australia, New Zealand, and Brazil.  In other jurisdictions, including Europe, Asia, and Africa, our 2.4GHz RC4Magic Series 3 system is the perfect choice. 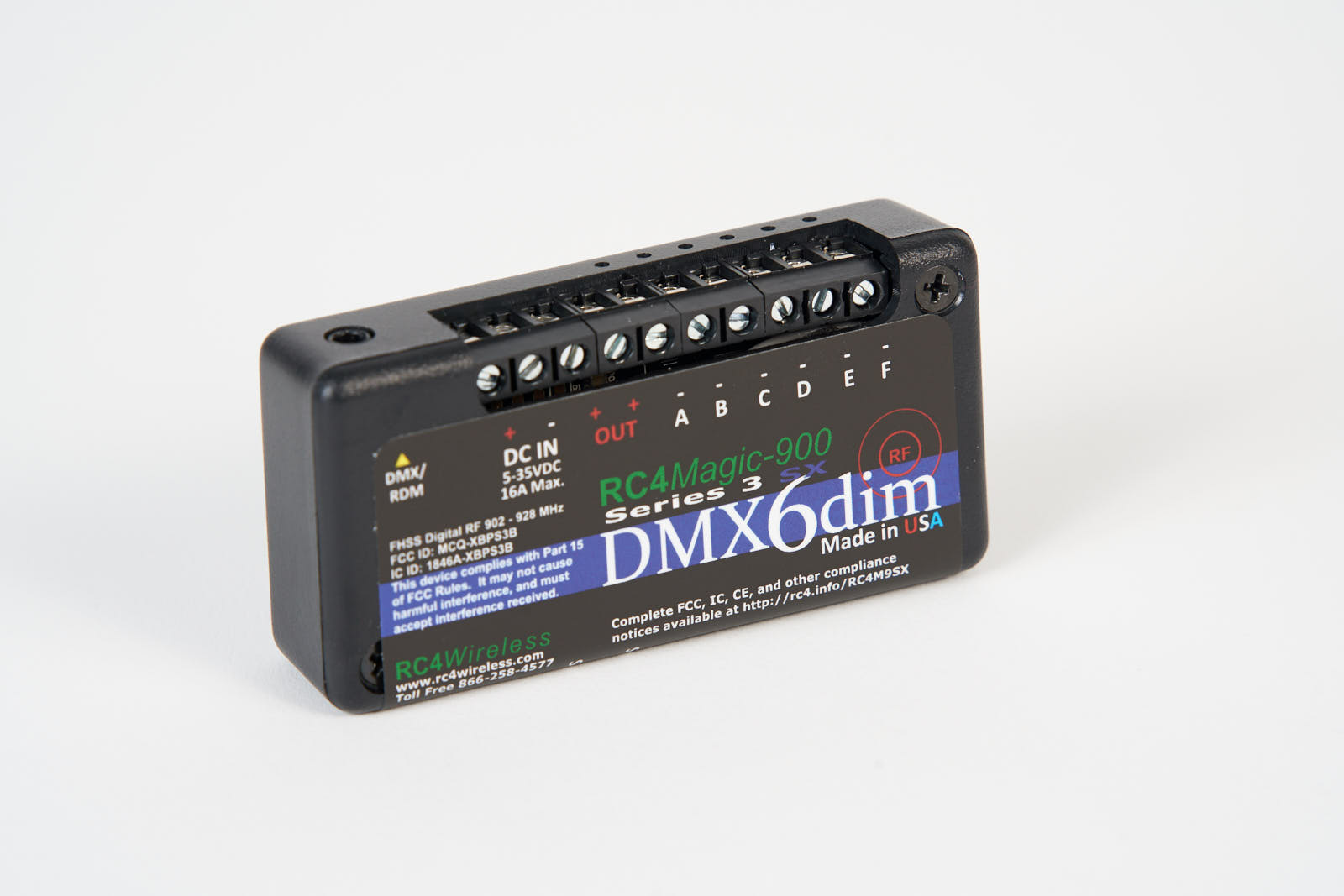 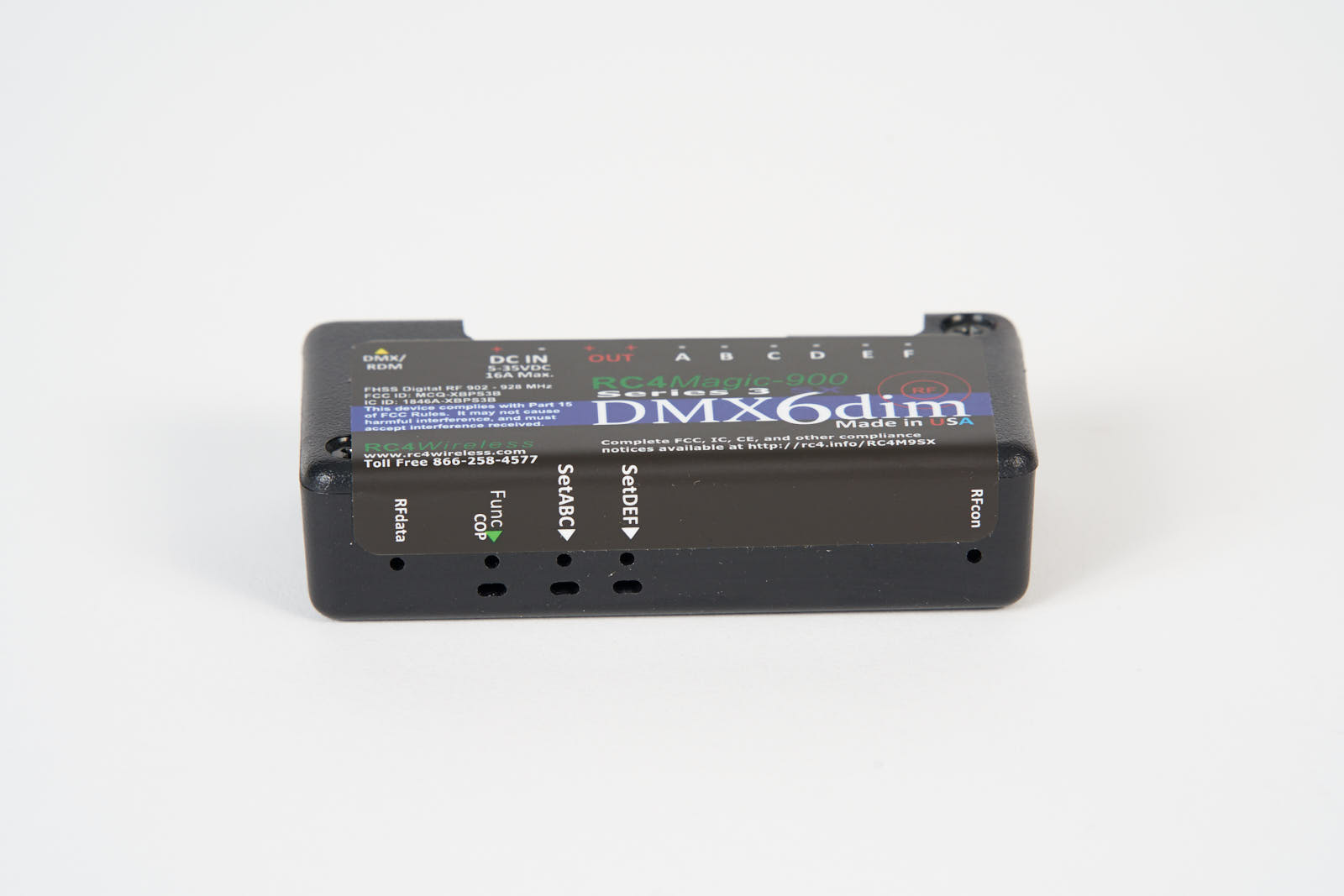 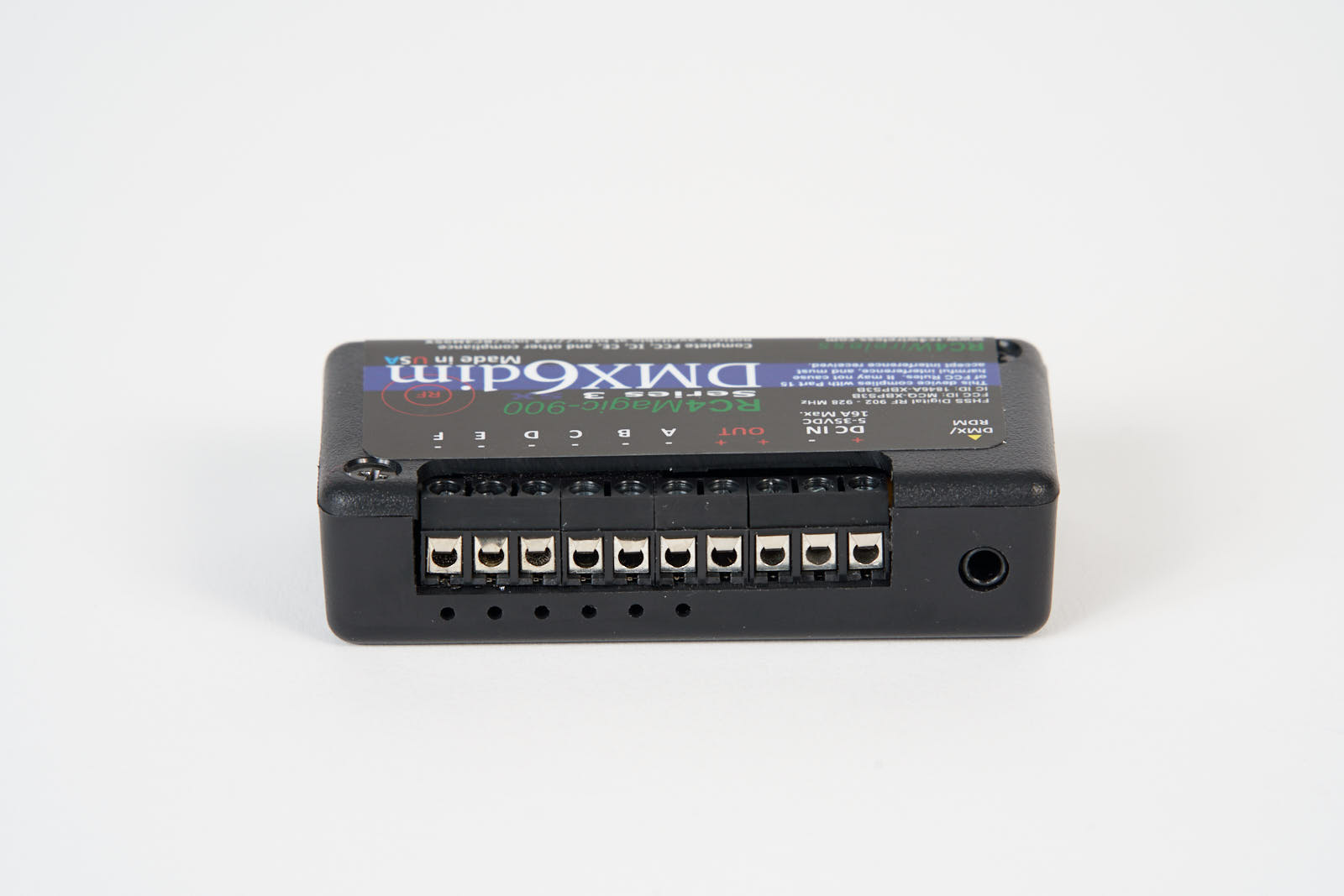 View cart “RC4M-900SX DMX4dim 4-Channel Wireless Dimmer” has been added to your cart.

The RC4Magic S3 SX 900MHz DMX6dim is a compact, easy to use, digitally secure, battery-powered wireless DMX dimmer with an unprecedented six channels for use in the USA, Canada, New Zealand, Australia, and Brazil. It smoothly dims LEDs and lamps, controls small DC motors with wide-range speed control, and provides many features to optimize color and appearance for a variety of theatre and motion-picture applications.

The 900SX DMX6dim is fast, easy, and ultra-reliable. In the 900MHz band, there is less wireless interference and, thanks to RC4 System IDs, the signal is safe and digitally secure. The 900SX DMX6dim is also eligible for the RC4Magic Two-Year Warranty, the only one of its kind in the industry.

All RC4 Series 3 products now include 19-bit dimming, which is eight times finer than 16-bit with 524,000 steps of resolution.  This means exceptionally smooth LED dimming, especially at the bottom end of the curve where other dimmers appear steppy and jumpy. The DMX6dim also features dimmer curve tweaking to find the most visually linear and pleasing response with any LED technology being used.

Like the rest of the RC4Magic RC4 Harmonized Design platform, the DMX6dim features:

The RC4Magic-900 system is manufactured in the USA, only for use in the US, Canada, New Zealand, and Brazil. The 2.4GHz RC4Magic Series 3 system is ideal for projects and productions in all other locations, including Europe, Asia,  Africa, and all international tours.