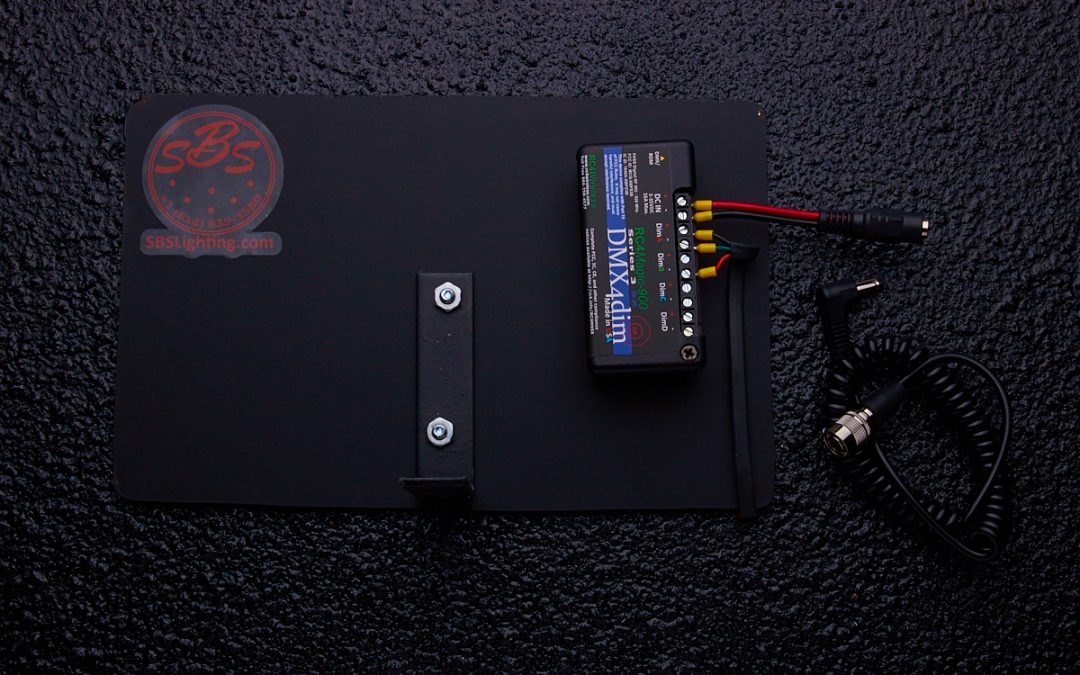 ‘America’s Got Talent’ has been at the forefront of prime time television for over a decade with a vast array of performers; from magicians to ventriloquists, dancers to singers, the show has it all. Since 2014, ‘America’s Got Talent’ has relied on the incomparable and iconic design firm, Full Flood Inc. for all of their Emmy-nominated lighting. The Full Flood team, headed by Lighting Designer Noah Mitz and Lighting Directors Michael Berger and Will Gossett, partnered with RC4 Wireless to provide AGT with all of their wireless dimming and DMX needs.

“Each week at AGT the creative team comes up with ideas that sometimes require battery-powered, wireless controlled devices,” notes ‘America’s Got Talent’ Best Boy Scott Beck. Full Flood then turned to the RC4 Wireless 900MHz series of products for their wireless needs. “We exclusively use 900MHz products on our shows,” comments Lighting Director Michael Berger. “There is so much else within the wireless spectrums here — cameras, microphones, internet, Clear-Com, and so on — that this was the safest spectrum everyone felt comfortable with.”

RC4 was the first wireless dimming firm to be authorized by the FCC to use the 900MHz frequency band. Beck is a fan of RC4’s 900MHz products as well. “They work great because their frequencies are far from other devices, so we don’t have signal conflicting issues and signal strength has been solid in large arenas.” adds Beck.

James D. Smith, Chief Product Developer and CEO of RC4 Wireless adds: “There are some important differences between what RC4 and other firms are doing in 900MHz; just saying we’re in the 900MHz band is like saying we are both driving on Interstate highways. Other firms with 900MHz are using much, much lower RF power levels, which will be limiting their range a lot compared to us. The RC4Magic-900 line of products can transmit with up to 250mW of power, delivering a range that has exceeded 1000 feet for many users.”

For ‘America’s Got Talent’, the team paired RC4 Wireless Series 3 DMX4dim with the Steadicam rig. “The wireless needs for this show derived from a controllable fill light we desired on the Steadicam rigs,” Berger explains. “We found ourselves in lots of tight places doing host intros where a traditional lite panel or key light source would not work; adding a controllable, lightweight LED rig directly onto the camera gave us an easily deployable solution which was always nearby even as things within the show structure changed.”  Beck adds, “We had an SBS Lighting Steadi Fill Light on the Steadicam, which is 16v Bi-Color White LED light that fits around the camera’s teleprompter and driven by a 2 channel 900MHz dimmer–16v @1.6amps. ”The DMX4dim was a success on the set and gave Full Flood a new tool in their lighting arsenal. “The camera operators have responded well to the low weights of the dimmer units. Its success on this project has pushed us towards using it on other projects like ‘The Oscars’, ‘The Grammys’, ‘The Tony Awards’ and the ‘BET Awards’. Its size and reliability have pushed us towards incorporating the products into other aspects of the show. Including dimming practical props, incorporating pixel tape into musical instruments,” says Berger.

The Steadicam wasn’t the only place that the Full Flood team used RC4 Wireless products. “We had a wireless eye light on a moving golf cart, which was a 4’ run of SBS Lighting Bi-Color 240 LED. 12v 4amp at full driven by a 2 channel 900MHz dimmer. We also used an RC4 Wireless DMXpix receiver [in 900MHz] on guest performer Brian King Joseph’s LED pixel violin,” says Beck.

Beck handled the lighting wireless programming on the set. “Programming is a breeze with the one-click system to change DMX address and modes. However, I set the modes once and use the same settings on each show. So, I don’t often switch between modes or addresses.” Beck also has a tip to pass along: “By addressing my wireless receivers to the 450 and above DMX channels I’m able to be added a device to a lighting system after the programmer has patched numerous moving lights in the beginning of a DMX Universe.”

Vocalist Kodi Lee got the final nod from judges Simon Cowell, Howie Mandel, Gabrielle Union, and Julianne Hough and won this season of ‘America’s Got Talent’.  The show has already been renewed for its 15th season. 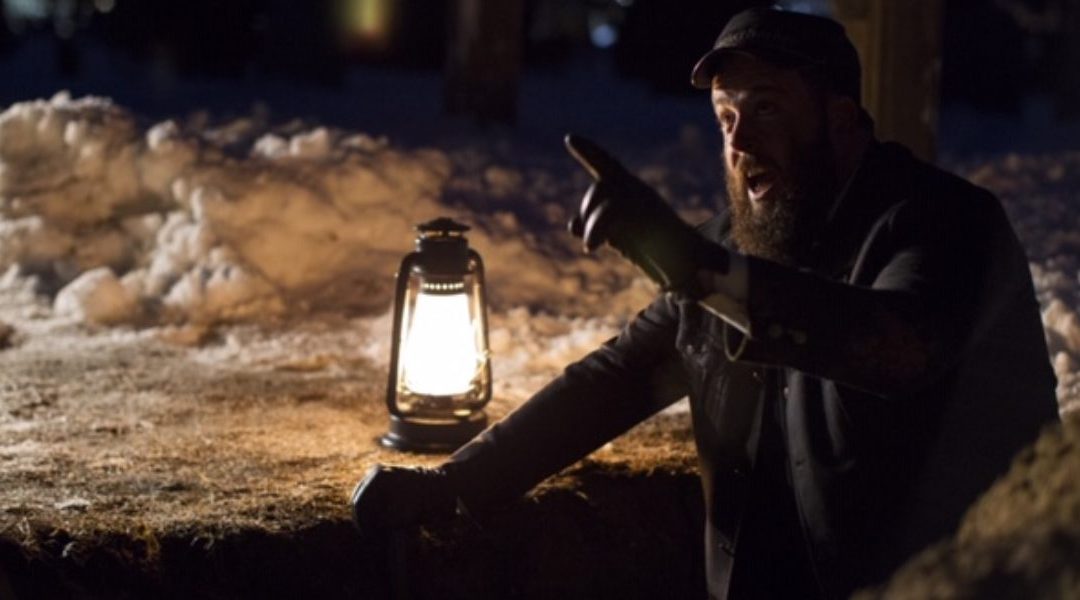 Motion picture and tv gaffer Peter Walts of Labour Party Lighting is a busy man. He’s worked on numerous feature films and tv series, including  Magic Mike, Contagion, Side Effects and more; his tool kit includes dimmers from RC4 Wireless. “In terms of finances, RC4 Wireless products work equally well in both the large budget and modest budget realms,” states Walts. In 2014, Walts worked on the critically acclaimed Steven Soderbergh cable series The Knick. “It was a full budget feature with a full-time board op; we used [RC4 Magic] DMX4Dims and we used the Flkr Effects Engine; it’s the best flicker engine on the market,” Walts says. The Flkr Effects Engine is an integral part of the RC4 Harmonized Design platform and is a part of all RC4 Magic wireless dimmers.  “Our RC4 Flkr Engine is my first US Patent, so it’s kind of special to me.  I worked with top designers at Disney to create a general framework they really liked and then consulted with numerous other RC4 Wireless users to fine-tune it.  The result is a parametric method of defining a huge range of effects.  Each parameter is controlled by a DMX channel level, much the way channels control parameters in a complex moving light,” notes James D. Smith, Chief Product Developer at RC4 Wireless. The Knick—and Soderbergh—also threw some curve balls at Walts. “The way Steven works, he shoots from the hip, so we didn’t pre-plan a lot of things. Steven would be editing at night, and then change his mind about the staging of a scene the next day. He’d suddenly want the actors to walk down a dark hallway; I always asked ‘are they holding a lantern?’ He’d want lanterns, so we’d turn them on and dial them on using the console or use it directly via the luminaire. With the Flkr Effects Engine, we had the ability to change a number of parameters and give our lights nuance; as a battery powered wireless dimmer, it’s perfect,” Walts says. Walts also found himself in a graveyard with a single lantern during the run of The Knick. “He explains: “We built a four channel LED into the lantern and we created a beautiful effect with the RC4 unit; we could even change the nuances in the course of the dialogue if we wanted to. The actor then put the lantern down, and then there was a four-page scene, and the lantern was the only light.” Fast forward to 2018 and Lizzie, a re-telling of the Lizzie Bordon tale directed by Craig Macneil. “I couldn’t hire a programmer for Lizzie, and used the DMX4dim directly with a luminaire, but I could still do it all myself. In fact, when we were working on Lizzy, there was no DMX except the RC4 equipment,” Walts explains. Once again, Walts turned to RC4 Wireless dimmers and the Flkr Effects Engine; this time it was for a fire. Walts explains: “For the scene, we would be hand-held so I couldn’t have any cables; we took Litegear LiteRibbon x2, x4, and x6s, laid them on a 2×3 flag along with a battery and put it in a fireplace along with the RC4 dimmers to create the fire. I had my battery-powered LED flag with four channels of different glows, we could make it brighter, or turn it down and make it smoother. It was also the only light in the scene.” Smith adds: “The most powerful elements of the Flkr Effects Engine are the random-number-generators.  You can set up a look you like, and then apply varying amount of randomness to select parameters.  Since every unit is creating its own randomness, you can configure many devices with exactly the same set of parameter values and they will all look like the same effect but not synchronized.  Design a fire in a barrel effect, then put it in multiple barrels all over the stage and they look totally realistic because of they all dance the way you want, but they all dance independently — just like real fires in barrels would.  The RC4 Flkr engine is one of the most powerful effects systems out there, but it’s still easy to use and understand with a wide gamut of looks it can produce.” As Walts looks towards the future, he sees… productions that are wireless. “More and more, we’re being asked to do high budget effects with lower budget means, and RC4 Wireless products are terrific for me. I could go full bore with the RC4 Wireless equipment and use it with a programmer, or use it alone, depending on the budget and the scope of the show,” he concludes.