In ‘The Neverending Story’, a young boy sneaks into a bookstore and his world gets transformed by a book that takes him on a fantastic adventure, along with Artax, his horse. As part of the stage production, Artax has to be able to transport from the stage back into the pages of the book, which isn’t an insignificant feat.

When ‘The Neverending Story’ came to the Avon Theater at the Stratford Festival, Master Electrician, Gregory Bride turned to equipment from RC4 Wireless to create his magical, pixel infused horse. “The horse was a crazy idea; we opened our big mouths and said we could do it with the RC4 DMXpix,” says Bride. The patented DMXpix is a pixel driver that can control up to 1000 pixels using a unique feature called keyframing while keeping the number of DMX channels to a manageable level. Bride continues: “I think we’re up to 8 meters of LED tape inside the horse, that is operated by three puppeteers and that’s a lot of pixels. The beauty of the DMXpix is our ability to mirror the outputs; otherwise we would be in trouble. We can arrange it so that what happens on the left side or the upstage side and the downstage side is identical.”

The technical aspects of the horse were handled by Electrician, Drew Rabbets. “I set up the horse for the show and determined the number of channels that are used. The DMXpix is great with its options in RC4 Commander configuration software. It was really easy to determine the type of product that is used and the number of channels as well as the starting address,” he explains. This is Rabbets’ first time with RC4 gear and the patented DMXpix pixel driver. “The RC4 DMXpix makes controlling a large number of pixels very easy with the double outputs, I was able to clone each output which cut the number of addresses in half, as well as the option of the keyframe makes it much easier on the console,” Rabbets adds.

The horse alone uses one universe of DMX. In ‘The Neverending Story’, we have four universes; the fourth universe being our test universe,” says Bride. There are another two universes in the Studio Theatre, which shares a wall with the Avon Theatre. That could mean wireless issues; that’s not the case, because the Avon Theater is using RC4 Wireless equipment. “One of the important things about RC4 for us is that we can do Private IDs,” Bride explains. Private IDentities are RC4’s trademarked way of keeping each and every RC4 wireless system safe from other systems. “All pro-grade wireless DMX technology provides some form of security, but none provide the flexibility of RC4 Private IDentities. Every customer and project is assigned a set of unique codes that belong only to them — your IDs can never interfere with anyone else’s. And the biggest benefit: when a forklift truck runs over your DMXio transmitter during load-in, you can grab another one, and not have to re-link all the receivers and dimmers in the show. There’s nothing else that is both secure and super serviceable, which is why Disney, Cirque du Soleil, Blue Man Group, and many others depend on RC4.  RC4 can deliver up to 12 wireless universes in the 2.4GHz band, and 8 in the 900MHz band, all with superior range compared to other systems. With recent talk from others about multiple universes and more economical use of bandwidth, I have to point out that RC4 has been doing all of this for a decade already; as the designer, I’ve known for all that time that channel count, security, and bandwidth economy are paramount to our users,” notes RC4 Wireless CEO and Product Developer, James D. Smith. As for ‘The Neverending Story’, Bride notes, “We’re using three separate IDs at the same time, and we haven’t had any issues at all.”

The back screen is comprised of approximately 3000 pixels, and is hard wired. However, RC4 played a part in its creation. Bride explains: “We used RC4 gear to test the back screen; we used it to do all the testing and the proof of concept. Specifically, we used the DMXpix driver to prove the concept to the designers. We also had to be able to construct the screen very quickly in the design phase, which is why we used RC4 Wireless equipment.”

This is Bride’s first time with the DMXpix. Bride says, “I saw them in trade magazines, and as soon as I could, I ordered one. I knew that we would use it somehow.” His current inventory of RC4 Wireless 2.4GHz equipment is approximately 70 units. “You name it, we’ve got it in 2.4GHz; they work very well. We’re using approximately 40 of the packs for ‘The Neverending Story’; we even have one of the micro dimmers — the DMX2micro — in place in a headdress.” Rabbets adds: “I have been very impressed with the entire line of products; we are using a combination of the packs over 3 different transmitters and we have not had any issues.”

For those that are wireless curious, Bride has some advice: “Know what you’re trying to do first and then ask your questions. That’s the advice I give my techs. We’ll work something up and then solve our own problem. It’s usually not an RC4 problem.” Rabbet adds: “Anyone starting out with RC4 Wireless needs to take the time to really get to know the ins and out of the product and how you intend to use it. The RC4 Wireless system is not difficult but you really do need to understand how it works so when you get into a jam you can deal with it. The biggest thing is to have good decimation on a larger setup of RC4 units; with the DMXpix I took screenshots of RC4 Commander to ensure that the settings can be tracked.”

If, for some reason, there is an issue with the equipment, Bride – and all RC4 users – have the confidence of the RC4Magic Lifetime Warranty. Bride says: “That’s the great thing about the confidence that comes with the warranty. If we’re negligent with the product, we pay to have it fixed. We had a problem a while back, and when I called customer service, they immediately took care of it. A new unit was overnighted to us, so we had a spare.”

In terms of RC4’s customer service, Rabbets says, “I have had to call customer service several times as well as using the online service portal via email and my questions were very quickly answered, as we all know during production setup time is at a premium so a quick response is greatly appreciated.”

And we did,” he concludes. 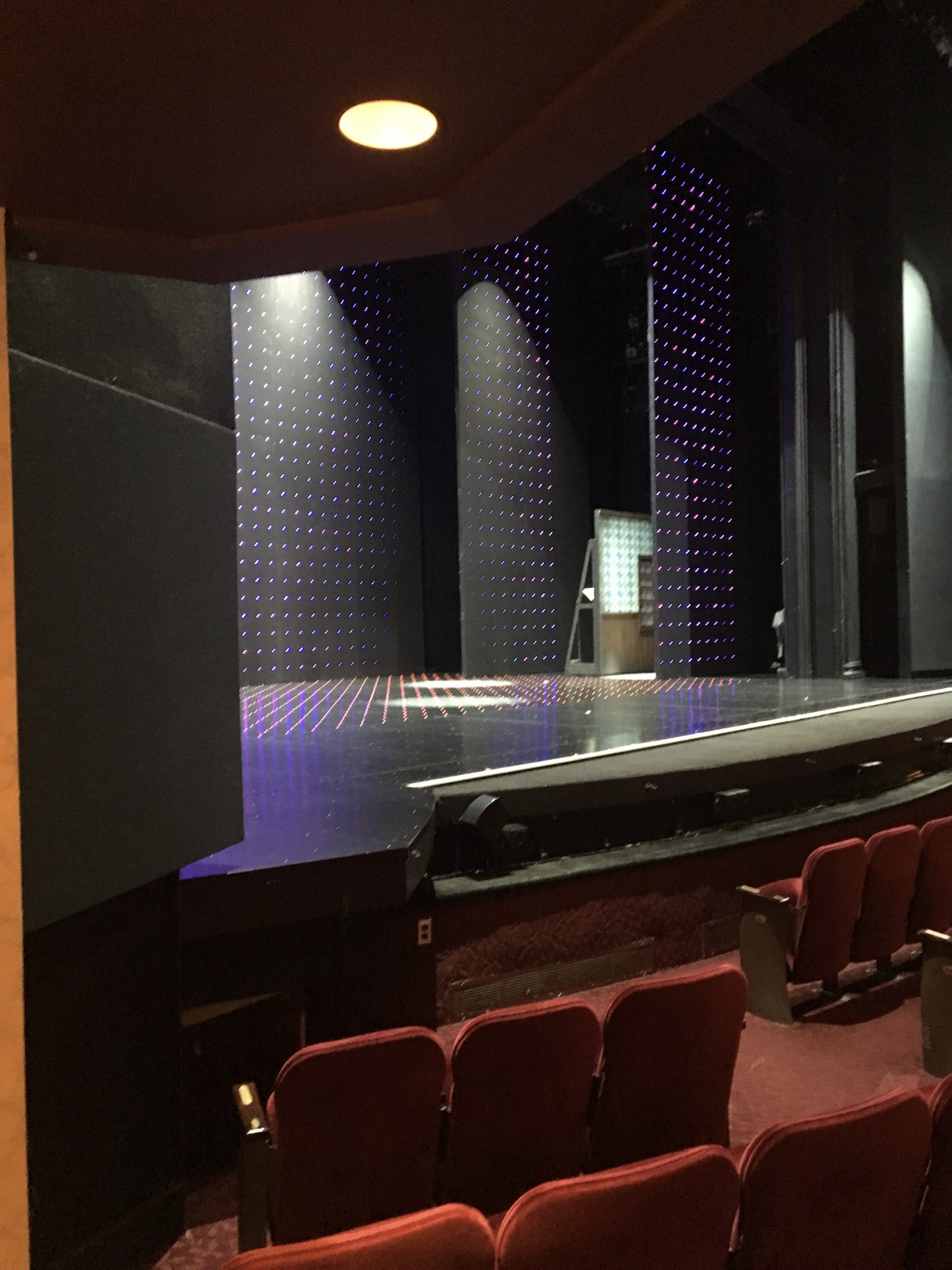