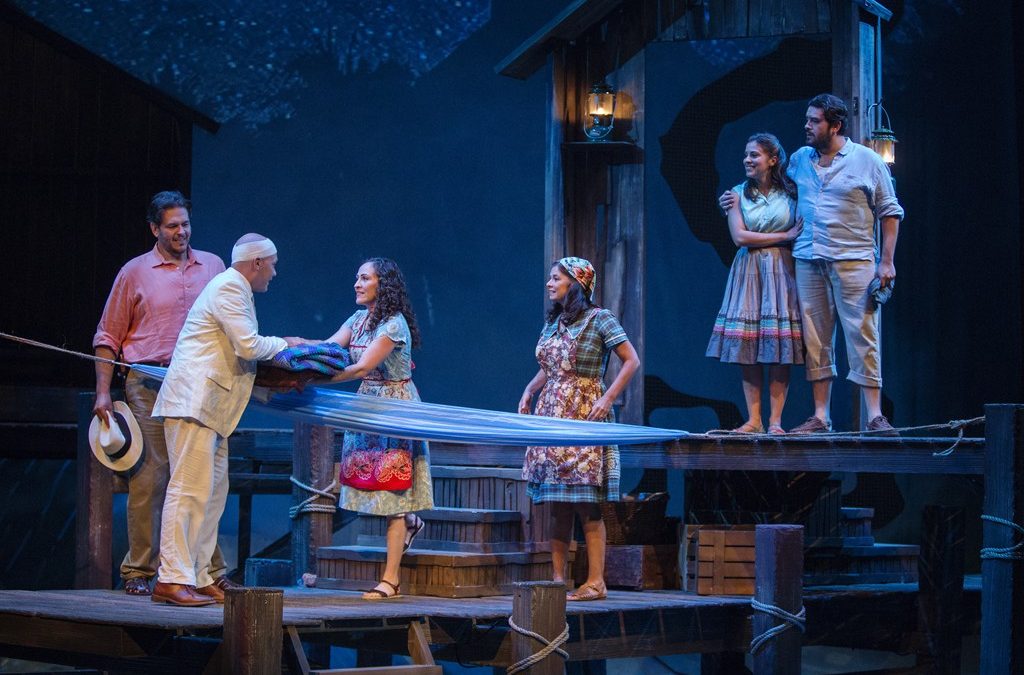 I was working as an Electrician at Scottsdale Community College in 2013 when we had a production that needed wireless dimming; we went with RC4 Wireless. When we got the first products in the theatre, the directors were so excited they wanted to use it on every show.  It’s a portable dimmer you can place in the middle of the stage. At the time, we purchased a DMXio transceiver and three DMX2dim wireless dimmers.

RC4 Series 2 products—which are oldies but goodies have been a big part of my next job at The Arizona Theatre Company. I work with a lot of young technicians, that are unfamiliar with these dimmers, and all that they can do. Often believing that if it is older technology that is not working, it is broken rather than learning about it. I work in theater, so I don’t have the budget of someone like Katy Perry or Pink so can’t get something brand new. We have to find ways to make things work, which is why I’m still using RC4 Series 2 products for the past 5 years.

Typically in my world, when there are problems with these dimmers, it’s operator error. When unexpected problems happen, people shouldn’t be afraid to call RC4’s customer service. When I’ve called, it’s been a fantastic experience. At one point when I called, I ended up talking to Jim [James D. Smith] which was kind of mind blowing. You don’t expect to talk to the developer when you call tech support. They are literally the people that have designed it and built it.

Our company performs in two different venues—The Temple of Music and Art and the Herberger Theater Center—and we do every production twice.  We do it in Tucson first at the Temple of Music and Art, and then in Phoenix at the Herberger Theater Center. While the production is going on in Phoenix, we begin work on the upcoming production in Tucson. Consequently, we have double of almost everything. When we have a show that needs wireless, it’s typically for moving scenery pieces and we’re trying to reduce cable traffic or for props. We’ve used it on a number of shows over the years, including our recent productions of ‘Music Man’ and ‘American Mariachi’. RC4 gear isn’t sketchy or unreliable; in fact, it ended up being an incredibly versatile, handy tool for our theaters.