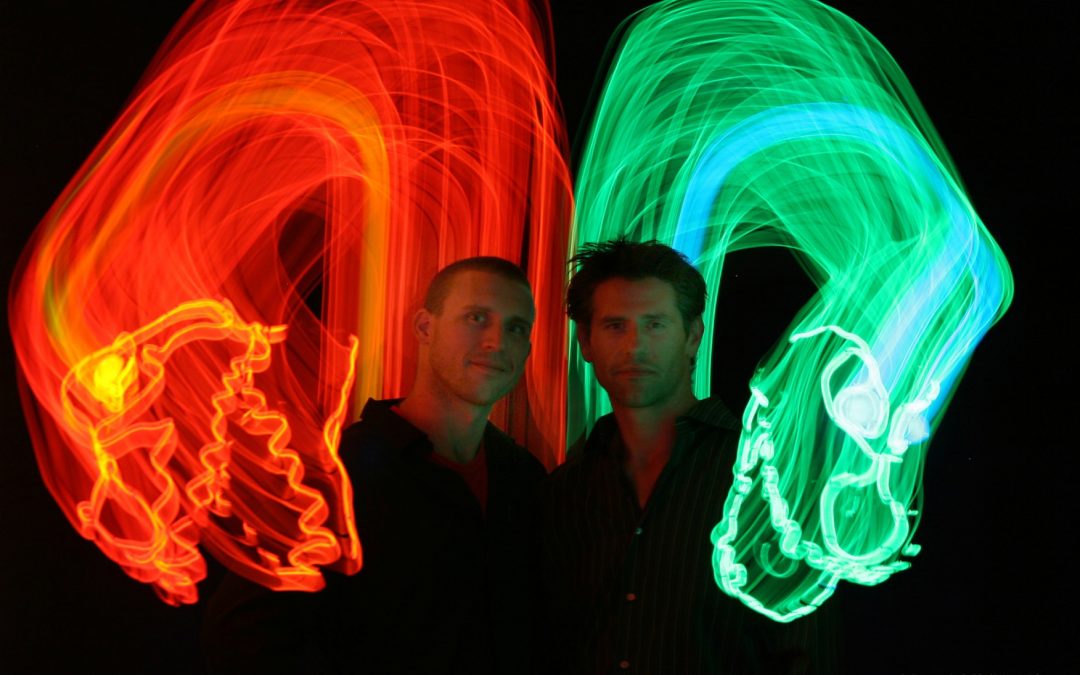 When New Orleans-based Lightwire Theater premiered their groundbreaking combination of dance, EL wire and wireless dimming on America’s Got Talent, the judges had nothing but praise. Sharon Osborne said: “That was spectacular in every sense of the word.” Howie Mandel had his own brand of praise: “Three letters. W. O. W. Just wow.” And finally, the inimitable Howard Stern explained, “It’s electronic, it’s lights, it’s dance and it’s a great show.”

The firm, founded by performers Ian Carney and Corbin Popp,  produces five shows that tour worldwide: Dino-Light, The Ugly Duckling, Moon Mouse: A Space Odyssey,  A Very Electric Christmas and The Show. All the productions are centered around elaborate EL wire costumes and, of course, dance. “For us, high technology is not the show, the high technology expands the show and moves the story forward,” states Carney.

However, technology is an integral part of the production, and that means a different set of concerns as opposed to conventional theater and dance. “Being in theater, so much depends on everything working,” says Carney.

Due to the nature of the show, it was natural for the company to venture into the wireless realm. Their first purchase was a key chain style remote dimmer that cost about $30. “That began our journey into the world of wireless,” Carney confides.

Their wireless journey continued as their productions became more complex. Lightwire needed more wireless for the costumes, as well as for the set pieces, props, and lasers. Carney continues: “A long time ago, we told the team at RC4 Wireless that we were looking for not just a vendor, but we’re looking for a partner, and wanted to know if they were willing to be that partner? We tour full year and tour internationally, but we’re not a Cirque company. When we call you on the phone, will you be willing to answer?” The reply from RC4 was a resounding “Yes.” Carney adds: “For a relatively small investment, you are in a very solid world with RC4; they have great tech support and are an organization who is going to be a partner with you.   The quality, the service, and the flexibility are there for a company like ours. RC4 Wireless is not just for the big businesses.”

For their various productions, “We use RC4Magic Series 3 transceivers with four and two-channel dimmers; we wire into the drive system that is necessary for EL wire.  The characters turn themselves on and off with sliders on their costumes,” Carney explains. He also uses them for the EL wire infused sets. “I can plug the DMX cable into the set, and I can program the RC4 Wireless box with my slider board for that show. It’s as simple as that. And when I’m not doing that show, I can use the boxes on one of our other shows,” he says.

Lightwire Theater also uses the RC4 gear with their lasers. Carney notes: “I can change the cues, program the board, and, using the RC4Magic two channel receiver at the laser, I can actuate the laser cues from backstage.”

Carney and the Lightwire team are using the RC4 Wireless dimmers and transceivers in a very straightforward manner. “The products are as low tech as you want or as high tech. I’m not even scratching the surface of what RC4 products can do and it’s changed the way we can make shows.”

All the Lightwire Theater productions travel the world, from Canada to Abu Dhabi, and everywhere in between, and the wireless transceivers/dimmers are thrust into less than ideal conditions. Carney says: “All the RC4 Wireless units are being stored in non-climate controlled environments, on things like ships going to China. If they’re sitting in a trailer and it’s freezing cold or it’s really hot, it doesn’t matter; we’ve never had an issue.”

Lightwire Theater has a bright future in front of them, and it includes RC4 Wireless.  “We’re premiering a new show next year, and we want to learn more about what we can do with RC4’s products,” Carney concludes. 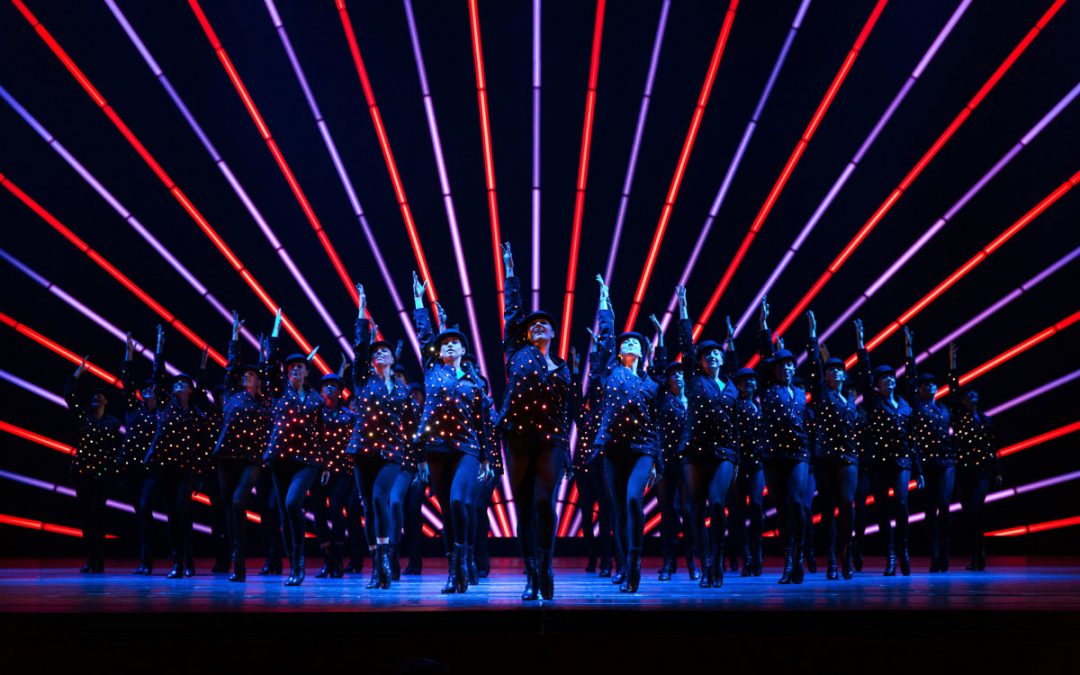 In Manhattan, the heart of the city that never sleeps, creating something spectacular can be a challenge. The New York Spring Spectacular starring the Rockettes does justice to the word. Animated statues, rain, 3D video, moving video screens, and more, all make this show something to behold.

An RC4Magic Wireless DMX and Dimming System delivers subtle and not so subtle effects that help make this show great. Act 1, Scene 1: Grand Central Station, complete with its world-famous ticket counter and clock, center stage. Lights are controlled using RC4Magic Series 3 wireless, and that’s just the beginning of a long list of untethered props and set pieces brightening practically every scene to come.

When the plot brings us to the Empire State Building, four coin-operated binoculars are on the Observation Deck.  These free moving props, pushed around by the ensemble dancers, are tricked-out to become deck follow spots illuminating two aerialists that fly above the scene.  The binoculars hold custom LED spotlights created by Microlight Systems and controlled via RC4Magic Series 3 DMXio receivers.

One of the show’s most technically advanced elements is delivered using new RC4 Wireless technology. The RC4Magic DMXi2c is a versatile data interface for microcontrollers including Arduino, RasberryPi, and others.  Paul Sonnleitner, who served as the Lighting Programmer, explains, “We have 36 LED-covered Jackets worn by the Rockettes — 44 with swings and spares.  Each jacket provides individual control of many separate color-changing pixels. To avoid massive wireless traffic and to make playback flawless, each jacket utilizes an Arduino controller with an SD card storing cues.  We only send one universe of control signals via an RC4Magic DMXio transmitter, and an RC4Magic DMXi2c delivers DMX channel data using an interface Arduinos really like, ensuring all the jackets are perfectly synchronized at all times. At the end of the segment, as the Rockettes form a kick line, the 36 active jackets play back full-motion video sequences.”

RC4Magic has been the wireless lighting system of choice for many technology directors due to RC4 Unique System IDs and minimum bandwidth demand; RC4Magic uses only 1/15th of the 2.4GHz spectrum, versus hopping through the entire band as most others do.

RC4 Wireless technology is the preferred choice for the Rockettes flagship venue. Lighting Designer David Agress notes, “Here at Radio City Music Hall, all RC4Magic transceivers are configured to operate on one selected radio channel, carefully coordinated with extensive WiFi and other systems in our show. This, along with the narrow channel width, is the biggest reason RC4Magic is here. The guarantee that no other device can interfere with this dedicated frequency is priceless. When you invest in the time and technology needed to play a movie file across a line of dancing Rockettes, there is no room for error from signal dropouts.”

From Grand Central to the red steps of Times Square, which are illuminated from the inside with RC4 receivers and multiple pixel controllers, RC4 Wireless helps make this show spectacular.  RC4 Wireless is proud to help Radio City Music Hall and The Rockettes Live Life UntetheredTM.

Winner of the 2014 PLASA Award for Innovation, RC4 Wireless has specialized in low-voltage dimming for arts and entertainment since 1991.  RC4 products are used in top venues around the world, including New York City’s Radio City Music Hall and London’s National Theatre, and supporting touring artists including Katy Perry and Taylor Swift. RC4 products are recognized for their reliability and their compact size, making them ideal for easy integration into props, costumes, and set pieces.

About The New York Spring Spectacular 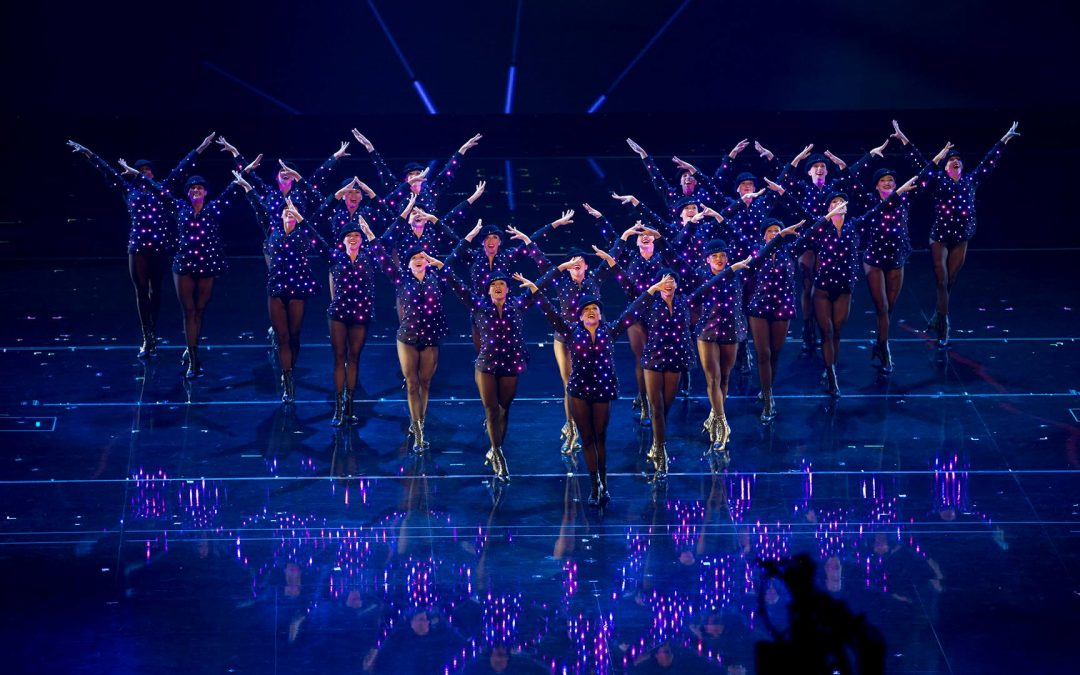 When the Rockettes® started work on their new show, HEART AND LIGHTS™, their vision presented new technological challenges in illuminating the costumes of this famous dance troupe. To achieve their goal, they teamed up with world-renowned illuminated clothing designer Janet Hansen and her company, Enlighted®.

Creating an array of high-resolution pixel-mapped jackets was something that could not be easily achieved with existing hardware.  For assistance, Janet — an accomplished electrical engineer herself — turned to Kent Suzuki of Right Brain Electronics, who put sophisticated Arduino technology to work controlling custom-designed strings of individually addressable multicolor LEDs.  The look is nothing short of breathtaking.

The next step was synchronization with the rest of the Rockettes® show.  For this, Janet and Kent turned to RC4 Wireless.  James Smith, president and chief product designer at RC4, worked with the Enlighted team to seamlessly and transparently deliver live, wireless DMX data via the chip-to-chip I2C protocol.  These design efforts ultimately culminated in the  RC4Magic DMXi2c data gateway, available now as a standard RC4Magic device.

“For all the work that went into the technology behind this stunning show, the result feels light, airy, and effortless — exactly how it needs to be,” says Smith of RC4. “In my opinion, top kudos go to the Rockettes lighting designer, David Agress, who took a completely new medium and applied it with skilled restraint and an impeccable sense of timing, choreography, and nuance.  It is an astounding accomplishment, truly beautiful.”

HEART AND LIGHTS™ is a new show coming to Radio City Music Hall® in March 2014 starring the Rockettes® and celebrating the greatest city in the world. The passion New Yorkers have for their city comes to life onstage in this 90-minute spectacular. The show follows the adventures of two cousins as they race uptown and downtown while trying to uncover the secrets of their grandmother’s past – and of New York itself.

HEART AND LIGHTS™ features state-of-the-art technology, 3D special effects, and elaborate animatronics that bring the city to the stage, while an unforgettable soundtrack of original music and pop favorites set the energy for fantastic new choreography and incredible Rockettes® dance numbers.

For more information about the Rockettes® visit www.rockettes.com